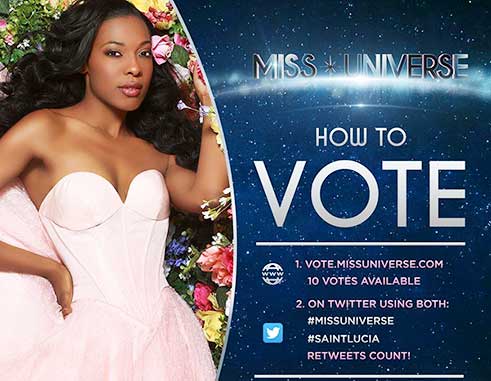 PRESS RELEASE – MISS Universe Saint Lucia’s fans from across the island, its diaspora, and the globe, can take a virtual seat on the Miss Universe judges’ panel, as online voting has now officially begun.

From yesterday until Saturday, November 25, fans can vote for Louise Victor, who is Saint Lucia’s delegate at the 66th Miss Universe Pageant. Voting can be done in two ways: (1) Visit vote.missuniverse.com, login and follow the instructions to vote. There is a limit of ten (10) votes per account per day via this method during the voting period. You must click on the “Confirm Votes” button for your votes to be counted; and (2) Twitter: Submit a tweet or a retweet with #MissUniverse and #saintlucia. You must have a public Twitter account for your tweets and retweets to be counted. There is a limit of one hundred (100) votes per account per day (retweets included) via this method during the voting period. 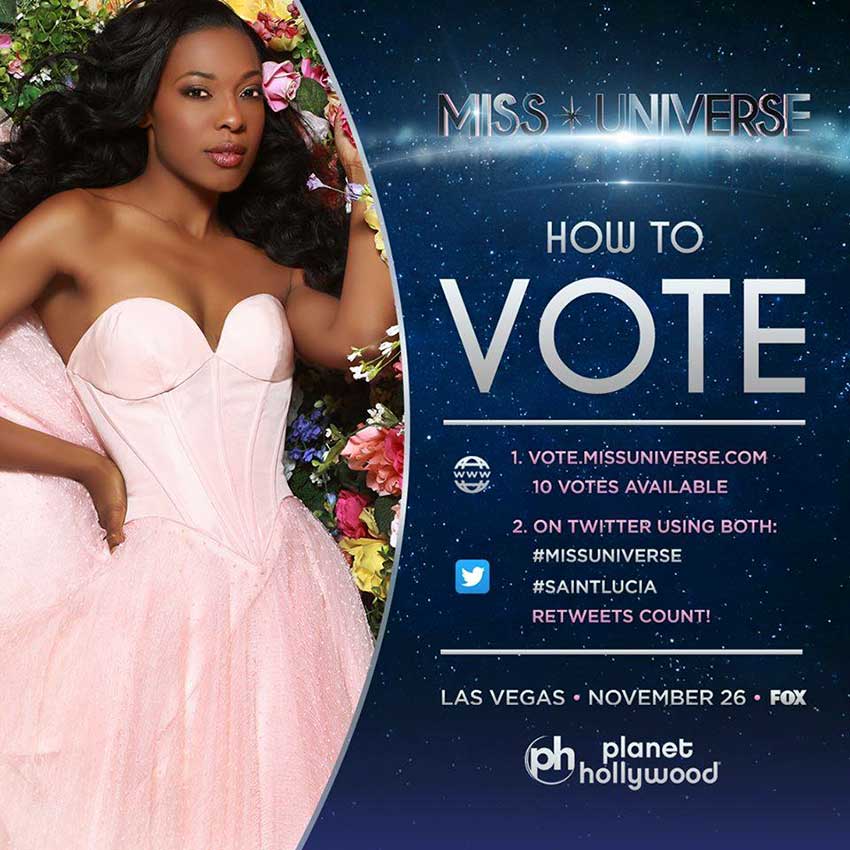 Voting is open to anyone 14 years and over. Votes cast outside of the voting period (1:00PM ET Monday, November 20, 2017 – 1:00PM ET Saturday, November 25, 2017) will not be counted as votes. Only votes that comply with the instructions and these Voting Rules and Procedures will be counted. Voting using third party applications are prohibited.

Saint Lucians are urged to participate during the voting period, as well as during the broadcast for each round of the competition, using the previously-mentioned platforms.

Victor, who previously competed in the local leg of the competition in 2014, became Saint Lucia’s official delegate at this year’s pageant in July 2017. Since arriving in Las Vegas on November 12, Miss Saint Lucia Universe has been turning heads with her beauty, her style, grace, intellect and her genuine personality, all while keeping company with Caribbean delegates and others, like Miss Thailand and Miss Philippines.

After a week filled with registration and orientation exercises, and opportunities to volunteer, Miss Saint Lucia Universe competed in the National Costume Segment this past Saturday, with great applause from the audience. Victor represented our national treasure, the Saint Lucian Whiptail, which is endemic to the island. She will soon participate in the preliminary stage of the competition, which encompasses: Swimwear, Evening Gown and Interview segments.