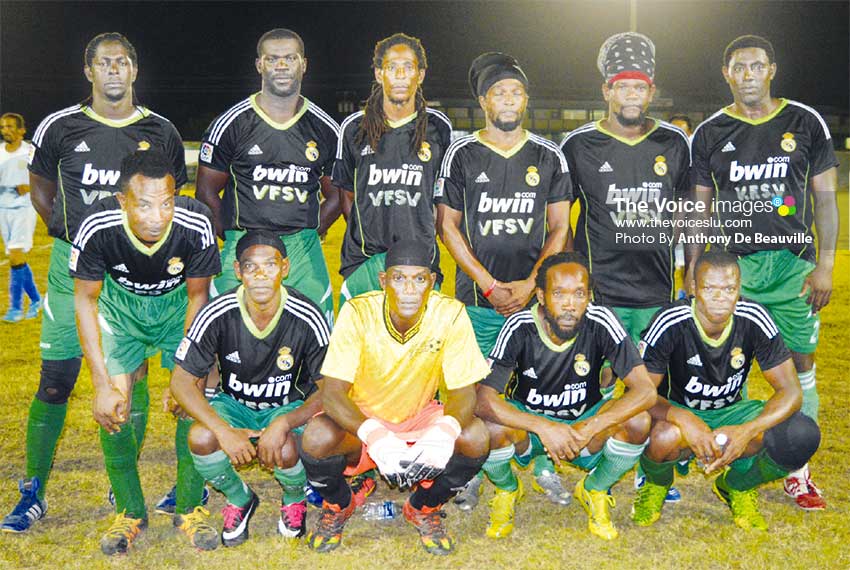 According to organizers, the session will be eye-catching, with the theme, “In it to win it”. A number of key stakeholders are carded to address the gathering which also includes CEO of VISI, Alvin Malaykhan; SLFA representative; Department of Youth and Sports representative; and representatives from the various sponsors.

Meanwhile, with the addition of four teams in the year’s tournament taking the number of teams to 20, Malaykhan said: “We are fully supporting the expansion of the VISI as this will provide football opportunities for those who do not wish to compete against younger rivals. This league provides enthusiastic footballers who have reached the age of 40 and over the opportunity to compete at a more pertinent level and continue to enjoy all the social and physical benefits that football has to offer.”

The tournament will officially kick off on Saturday, November 11 at the Phillip Marcellin Ground with three matches. Behind the College All Stars will open their campaign against Caricom Masters from 4:00 p.m, Gros Islet Veterans will face Micoud Veterans at 6:00 p.m., while defending champions VSADC will start their title defense against last year’s Plate Champions Vieux Fort South at 8:00 p.m.

The following day, from 3:00 p.m., it’s All Blacks: Dennery versus Prophets and Kings, Soufriere Veterans will come up against Laborie Veterans at 5:00 p.m. and Anse la Raye will play Central Vieux Fort at 7:00 p.m.

The teams are placed in four groups of five and will be engaged in a round-robin format to determine the two qualifying teams from each group to feature in the knockout stage. The Plate Championship is scheduled for Saturday and Sunday, January 6 and 7, 2018.

The semifinal stage of the Plate Championship will take place on Saturday, January 20 at the Phillip Marcellin Grounds.

The final and third place silverware of the (Plate Championship) is scheduled for Saturday, January 27 at the PMG.

The Knockout stage (Main Championship Final 8) will take place on Saturday and Sunday, January 13 and 14 January, 2018 at the PMG.

The semifinal of the Main Championship is scheduled for Sunday, January 21 at the PMG while the curtains will come down with the staging of the final and third place silverware on Saturday, February 3 at the PMG.