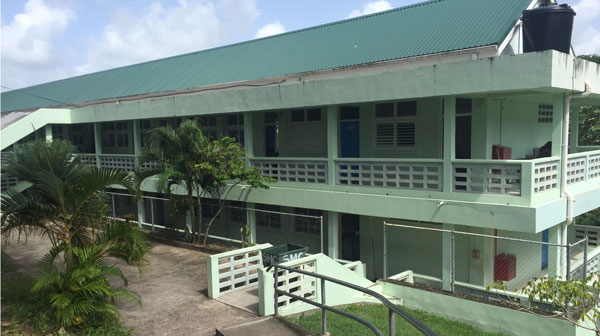 PRESS RELEASE – THE Ministry of Health & Wellness is embarking on a campaign to discontinue the sale of sodas on school compounds.

Sodas are considered to have disastrous effects on health. Regular consumption is linked to diabetes, heart disease, obesity, asthma, cavities among others. On November 23, Chief Nutritionist in the Ministry of Health & Wellness, Lisa Hunt-Mitchell, hosted one of several meetings with school principals from Districts 5, 6 and 7 to discuss the best way forward to reduce the consumption of sodas among the youth.

“We would like to share knowledge on the negative impacts of soft drinks, so the Ministry of Health is engaging them, consulting with them so that they can be supporting us in trying to remove the soft drinks from the schools,” she said.

The Chief Nutritionist said the intention is not to place a hole in the pockets of the local manufactures, but instead ensure a healthier nation.

“We are not targeting any company because the company also produces water, and we encouraging children to drink more water than juices or soft drinks,” Hunt-Mitchell said. “Now people may wonder why we are targeting or focusing on soft drinks. Sweetened beverages are bad for health, but the issue with soft drinks is that soft drinks have ingredients that are far worse than what is in juice drinks. The ingredients, such as caffeine, phosphoric acid, preservatives, colouring — all these ingredients have very negative effects on health and this is why we are targeting soft drinks, we are focusing rather, on soft drinks because of the negative impacts on health. It’s far worse than what the juice drinks would do.”

Mitchell added that Saint Lucia won’t be the first or the last to implement the policy to ban sodas on school compounds.

Meanwhile, Acting Principal at Plain View Combined, Ella Thomas-John, said, she believes that the aforementioned policy should have been implemented sooner rather than later.

“I think it should have been done a long time ago so that by now we would have reduced on the amount of behavioural problems that we are having since I learnt that it is related to the sugars in the soft drinks as well as the health of our children. The number of children who are obese because they consume all this sugar, and yet they do not engage in physical behaviour as before. Most children have their iPad or their phones that they play with although they are at play but they are not physically running about and doing the things that they use to do before,” she explained.

The fundamental principle of the Ministry of Health Wellness is to curb the detrimental health effects sodas may have on future generations.