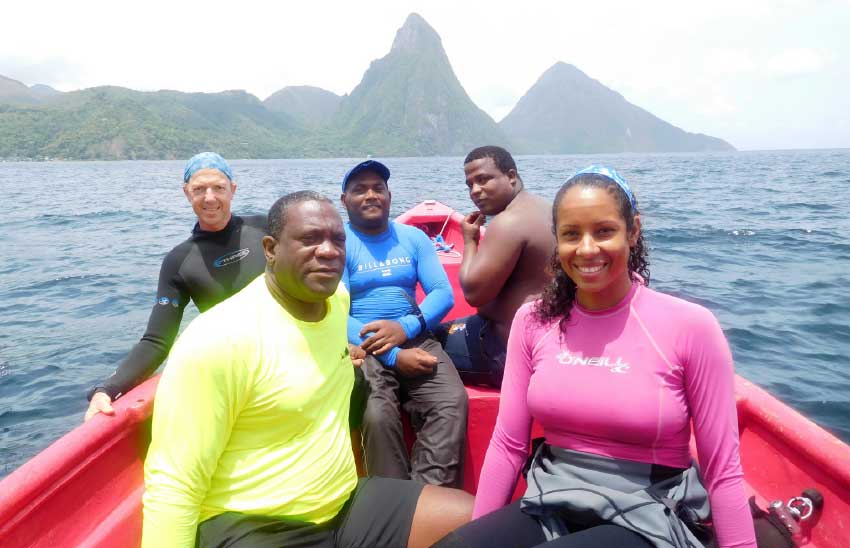 THE recent devastation caused by hurricanes Irma and Maria was a stark reminder of the increasing vulnerability of small tropical islands in a warming world. Scientists warn that coastal communities will be particularly at risk from a dangerous combination of more intense storms, accelerating sea level rise and dying coral reefs — all of which are exacerbated by warmer seas.

Life-threatening storm surges will be more common and the cost of slow onset impacts, like coastal erosion, will threaten to the economies of Caribbean nations. Over 80% of the region’s beaches are already eroding and often undermining adjacent coastal infrastructure. The cost of addressing these threats using hard engineering will be enormous.

The importance of coral reefs and mangroves as natural coastal defences is well-known, but it is only in recent years that scientists and coastal managers have started to examine large-scale coral restoration as a strategy to strengthen coastal protection, marine tourism and reef fisheries. Regional efforts have focused mostly on two species of coral — Elkhorn and Staghorn. These fast-growing branching corals once dominated the shallow reefs of the Caribbean, providing shelter for fish and lobsters, and coastal protection from storms and swells – shallow coral reefs typically dissipate as much as 85% of wave energy.

A deadly coral disease (White-Band Disease) in the 1980s and 1990s decimated over 95% of the region’s Elkhorn and Staghorn. The survivors seem less vulnerable to diseases and higher temperatures, but their low numbers and uneven distribution are hampering their recovery. Growing and propagating these resilient corals, as a form of assisted recovery, is now seen as a regional priority.

In May 2017, a coral restoration pilot project funded by the Sandals Foundation was started on the west coast of St. Lucia as a collaboration with CLEAR Caribbean Ltd., the Department of Fisheries, ANBAGLO (St. Lucia’s dive association) and the Soufriere Fishermen’s Cooperative. The project has established two coral nurseries with over 1,300 corals growing vigorously on the specially-designed corals trees. Weekly maintenance of the nurseries is done by a small dive shop (Action Adventure Divers) and local fishers who have been trained by members of the CLEAR team (http://www.clearcaribbean.org/ ). After about 8-9 months on the nursery, the corals are planted on the reef to help restore the marine ecosystem.

The partners are now developing a sustainable financing mechanism with Sandals Foundation and Sandals Watersports to sustain the involvement of local stakeholders, dive operators and fishers in the nursery and coral outplanting programmes. The Caribbean Development Bank has recently decided to join forces with the project and is funding the development of a National Vocational Qualification (NVQ) in Coral Restoration with the Ministry of Education in St. Lucia and CLEAR. The NVQ will be the first of its kind and will allow a growing number of local stakeholders to gain practical training in how to restore Caribbean coral reefs.