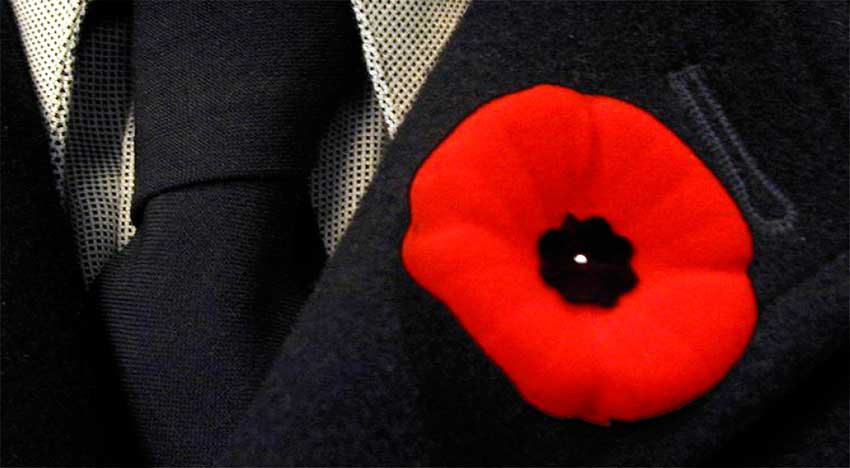 PRESS RELEASE – SAINT Lucia will join with the rest of the world on Sunday, November 12, to observe the 103rd anniversary of the First World War, and the armistice that ended the Second World War at the 11th hour of the 11th day of the 11th month of 1945.

During the First World War (1914-1918), most of the fighting took place in Western Europe and some of the areas blasted became very dark. But in the midst of all the bombed areas, some beautiful flowers were resilient and flourished amidst all the debris.

Those flowers were sold and the sales used to help the veterans with housing, medicals, and also with burial expenses. That is where the poppies originated.

Our veterans are all in their 90s; those who have passed, their widows are in their 80s, and some are dependable on the Ex-Service Legion for assistance.

The Poppy Appeal Committee, in its drive to raise funds for the relief of our ex-servicemen, women, dependents, widows and orphans, is seeking your voluntary financial assistance. To achieve our goal, we should be grateful if you would help with a generous contribution to this year’s Poppy Appeal since this is our ONLY tangible means of earning revenue. Your donation will help our veterans and their families to “live on”. Every gift is appreciated.

All it takes is purchasing one poppy for $1 which will go a long way in assisting our veterans and their widows.

Remember, all it takes is only $1.

(Editor’s Note: In last week Thursday’s issue of the paper, we printed a photo which incorrectly referred to Mr. Earl Francis as a war veteran. Since then, it has been brought to our attention that while Mr. Francis serves as Secretary of the Ex-Service Legion, he is not a war veteran. We have also reached out to Mr. Francis, who has accepted our apology. Nevertheless, we decided we should clarify the error for our readers.)