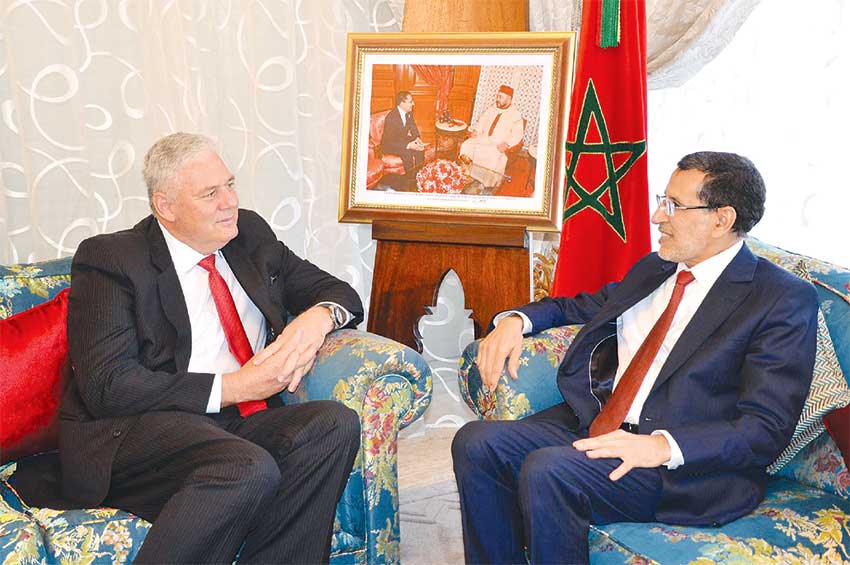 The two leaders spoke of the establishment of an OECS Embassy and the signing of financial treaties. Investment in the Caribbean was also high on the agenda, with special attention paid to agriculture, agro-processing, tourism and the exchange of expertise.

Speaking about the meeting, Prime Minister Chastanet expressed thanks for the warm welcome he received and stated: “We are grateful for the support from Morocco, especially when it comes to fertilizer and academic scholarships given to the Caribbean, and we look forward to further solidifying our relationship.”

The OECS Secretariat, along with foreign affairs ministers, is expected to meet early in the new year with Moroccan officials to formalize arrangements.

The Embassy of the Kingdom of Morocco was established in Saint Lucia in March 2014 and covers all OECS Member States, as well as Barbados, Jamaica, Trinidad and Tobago, and the Bahamas.