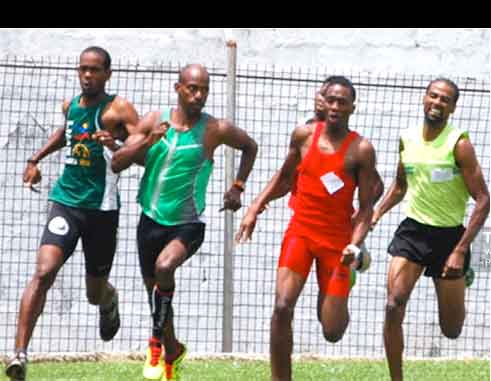 IN celebration of Saint Lucia’s National Day on December 13, the Morne Stars track and field club will stage its inaugural Gros Islet 5-kilometre road race and fun walk. The event promises to commence on a high note as most of the island’s premier runners are expected to compete, including OECS record holder, Zephrinus Joseph.

Zephrinus won his first OECS NEMWIL Half Marathon title in Basseterre, Saint Kitts-Nevis in 2003, but went on to win an overall five OCES races. In 2004, he represented Saint Lucia at the 28th Olympiad in Athens. The two-time Sportsman of the Year for 2006 and 2009 is expected to leave no stone unturned against his compatriots and some of the sub-region’s best in the business.

Also in the mix are hometown favourite Jason Sayers, who lives just a stone’s throw from the starting line; senior male athlete of the year Michael Biscette; Neville Dupre; and Winsbert Sylvester. The four, who normally compete in the Raid Du Lougarou Road Race in Martinique, are expected to get things heated up from the start.

The female category will see Carifta and Commonwealth Youth Games female participant KamillahMonroque in action. A student of the Sir Arthur Lewis Community College, Kamillah has been dominating the 800 metres, 1500 metres and school road races for some time now.

The names mentioned above are just some of the top athletes from Saint Lucia who will face the starter’s pistol.

According to the organizers, the Saint Lucian runners will be tested by competitors from Saint Vincent and the Grenadines, such as Akani Slater. Slater is expected to challenge the men, while his compatriot Linda Mc Dowell will look to win the inaugural event in the ladies category.

Also making her intentions known is experienced Grenada road champion Kenisha Pascal, who has represented her country at several OECS half marathons and Caricom 10-kilometre events. She is no stranger to our roads and one expects her to start as one of the favourites.

Runners are also expected from the other neighbouring islands of Dominica, Bequia and Barbados.

Meanwhile, in terms of prizes, the top runners will be rewarded with trophies, medals and cash prizes. There will also be special categories, inclusive of Under-20 and Under-13 athletes.

This initiative is to encourage participation from the schools. The top three in each category will be awarded medals, while the overall champions will receive trophies.

The men and women winners will be rewarded woth $500 each.

The course, which is considered to be a relatively flat one, will take the runners through the communities of Corinth and Marisule.

Accommodation, ground transportation and meals will be provided for the overseas participants, in addition to a number of incentives.