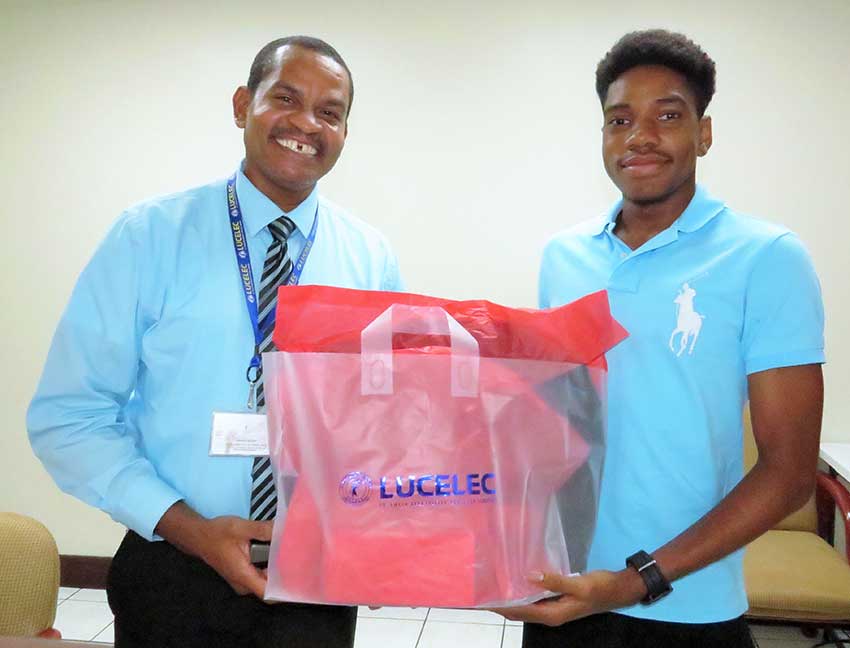 “One of the main things they stress at SPISE is not your absolute performance but rather the difference in when you entered to when you left. I think I made a big jump.”

So says sixteen (16) year old Sean Francois, the 2017 St. Lucia Electricity Services Limited (LUCELEC) scholar for the Student Programme for Innovation in Science and Engineering (SPISE). One of the real measures of that growth is that when he entered, Sean had no idea what career he wanted to pursue. It was one of the reasons he applied for the programme. Today, he has decided to study medicine or engineering.

Currently enrolled in his first year at the Sir Arthur Lewis Community College, the young scholar is studying pure mathematics, biology and chemistry and may pursue A Level Physics privately. Of his SPISE experience, he says it exposed him to so many people who thought like him – and who he believes will provide invaluable support in the future.

“There are no downsides to attending the programme because it preps you so well for the future in terms of time management, people it connects you with and they do assist you quite a bit when it comes to writing application forms. They also give you access to certain opportunities such as internships at labs in the United States. It was definitely worth it to attend.”

LUCELEC has sponsored one SPISE student from Saint Lucia since the month long programme by the Caribbean Science Foundation began in 2011. SPISE develops core capabilities in Science, Technical Engineering and Mathematics (STEM) as necessary learning tools for the next generation of Caribbean science and technology leaders.

“It was definitely quite challenging. The work is not easy. We cover university level calculus, biology, and physics. We also did computer programming and an entrepreneurial course where we had to design our own product and pitch it on presentation day. There was also a robotics course where you had to design and build a robot that was able to perform certain tasks under water, and another course where we learnt the theory behind circuitry and electricity and had to design the blades on a wind turbine and mount it to generate electricity,” Sean says.

SPISE is designed to assist with the diversification of the economies of the Caribbean by promoting and harnessing science and technology for economic development. It is one of the reasons LUCELEC continues to support the programme as an extension of its longstanding support for the National Science and Technology Fair.

Sean says SPISE “grooms the next generation of thinkers for the future and grooming these minds from quite early will reap benefits for countries like Saint Lucia. The level of expertise you get there is something that would have only been accessible internationally before SPISE. We had experts come in from all over including the United Kingdom and United States with assistance from Teaching Assistants who were themselves academically qualified from highly accredited schools.”

The SPISE programme was held at the UWI Cave Hill campus in Barbados. Students from thirteen (13) Caribbean countries enrolled in the 2017 class that for the first time admitted more than 100 students.