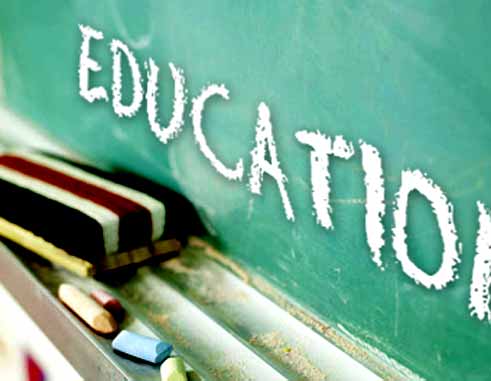 THE situation of violence and crime in St. Lucia is alarming. Most, if not all, St. Lucians are desperate to see that something is done, sooner than later, to reduce the incidence of that scourge in our “Fair Helen”.

This article is intended to remain focused on the social situations which fuel violence and, ultimately, crime. In particular, the article will investigate the problem of youth violence in St. Lucia, the severity of the problem, and some of the factors that influence such behaviours.

Indeed, I was not surprised when I received a telephone call from Lady Marjorie Thomas expressing serious concern about youth involvement in crime in St. Lucia. As she put it: “Young people who are supposed to be at school were out in the community killing each other.” Now Lady Thomas is an outstanding educator of good repute who has served the education system of St. Lucia very well. In fact, she was a lecturer in mathematics when I attended the then St. Lucia Teachers’ Training College. She subsequently became the principal of the college. We all knew her as the “mother” of the student body who tried her best to keep her students upright. As she spoke to me, the tone of her voice reflected love and concern for our young people in St. Lucia.

But there are many St. Lucians who are just as concerned about the situation of youth involvement and crime as it stands today.

I want us to understand that destructive conflicts in our communities are out of control. We need to recognise and accept that the physical and verbal violence, discipline problems, and incivility which now exist, are not the work of a few troublemakers. It is a very widespread problem crying out to the heavens for solution.

The Grand Master of the Universe in the “good book” has said that He made man and saw that it was good.

So where have things gone wrong in our society today? This is a country that has produced two Nobel Laureates and very many outstanding citizens. What are the factors that influence youth violence and crime in St. Lucia?

We shall now begin to investigate three factors: Experiences, relationship with friends and family, and community characteristics.

Scientists have agreed that 75% of what we learn is visual. Some outstanding educators say 83%. The point is much of what we will experience or learn will come through our vision. We are all visual learners! The implication here is that our young people learn or experience quite a lot from just observing us adults. Much of what we do, negative or positive, convey information to young people which they will process in time. In education, we refer to that type of learning as “vicarious learning”.

Just recently, it was reported that a primary school teacher was accused of sexually abusing some students entrusted to him. This situation, if it occurred, is replete with negative learning experiences for the children who are between the ages of 5-15 years. Can you detect the beginnings of a 15-year-old murderer? One may ask the question: how does that situation relate to the 15-year-old who was accused of murder in 2016? Space does not allow me to explain in detail at this time. Suffice it to say that this action of abuse will manifest itself in ways that we didn’t expect in later years.

Once again, I go back to a philosopher and Master Teacher Jean Jacques Rousseau who, in his work, has minimized book learning, and instead placed much emphasis on learning by experience. Again, I wish to emphasize that much of what our young people will experience would come from the things we do to them as a member of the family; what we do to others; how we communicate information to them at school, on the playground, in the workplace, at church, during their travels by air or sea, at the shopping malls; when we give them detention, how and when we scold them, the language with which we communicate to them. Indeed, the scope of experiences is so wide or expansive that we fail to realise or notice the harm we cause to our youth.

Allow me to repeat here that a lot of what we convey is positive but a lot more is negative which they experience in the social environment or the social world.

Much of the violence in our communities arises from conflicts. Conflicts occur all the time. They are a normal and inevitable part of life. How conflicts are managed, not their presence, will determine whether they are destructive or constructive.

Many homes and, indeed, many parents try to convey positive experiences to their children, particularly when they are very young. However, the fear is the influence of the external environment on the children. What happens when they leave home? They have friends, the development relationships, they go to school, church, the doctor’s office, on vacation overseas, and so on. Both the internal and external environments are powerful, influential areas for experiential learning. In the next article, we will look at relationships with friends and family and community characteristics as they relate to violence and crime.