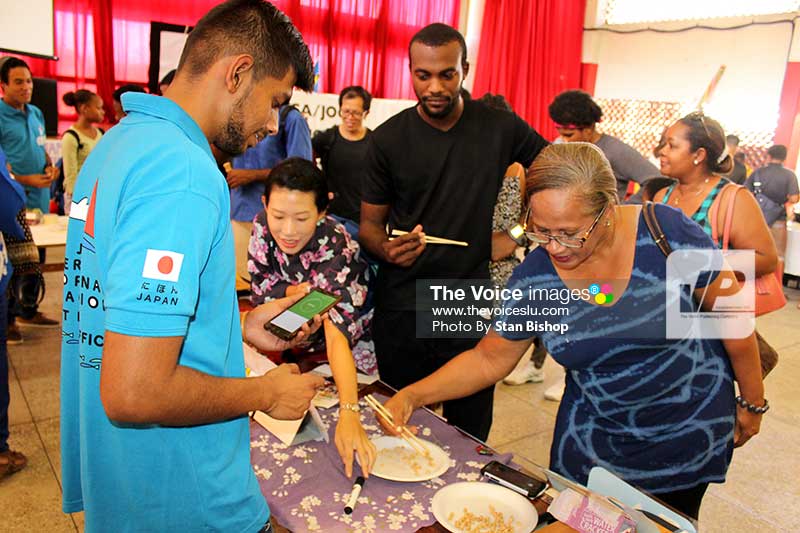 EVER since dispatching its first batch of volunteers to Saint Lucia in November, 1995, Japan has made many inroads in not only strengthening diplomacy between both countries and collaborating on many developmental projects. but also bridging the cultural divide that exists between both allies.

To that end, the Japan International Cooperation Agency (JICA) has over the years held its annual JICA Volunteer Festival, which highlights the areas in which the Japan Overseas Cooperation Volunteers (JOCVs) specialize in as they spend two-year stints here.

Flip through some scenes from the event in the gallery below

Ritsuko Kamizawa is one of those JOCVs and she was in charge of organizing this year’s festival. She said among the main objectives of the festival is to educate Saint Lucians about who they are and what they do.

“At the festival, we are highlighting what we are doing here in Saint Lucia so as to let people know about us,” she said.

The JOCVs also participate in clean-up campaigns targeting specific locations every third Saturday each month. At the festival, environmental issues featured prominently, including displays such as an ecological dishwashing sponge that does not require detergent; reusable nylon grocery shopping bags; a water purification system; and a compost tour that provided information on the importance of recycling.

However, there was also some edible treats, too, such as Japanese cuisine, including omelette and fish cake. Patrons were also treated to some traditional Japanese toys, calligraphy and paper cutting.

The JOCVs also highlighted health-related issues and patrons benefitted from free tennis ball massages and took the “blind walk”, an exercise in which they walked a short distance blindfolded.

In Saint Lucia, Japan is more known for contributing in a major way to the island’s fisheries sector, investing millions of dollars in the construction of fishery complexes around the island. However, the annual festival is increasingly shedding new light on how diverse the benefits are to being partners in development.