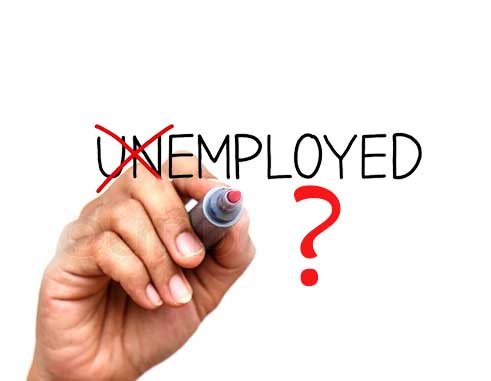 NEWS this week that unemployment numbers dropped to 16.8% in this last quarter, compared to the same period last year, has been received with mixed feelings. The Central Statistics Office has noted that wholesale and retail trade, accommodation and food services are responsible for the single-digit drop.

For many, some news provide much comfort since it serves to encourage the private and public sectors, overseas investors and those seeking employment that the stagnant prospect of finding jobs is changing. For others, however, such figures might best be sold to a fool or a cynic who believes that given the high number of people who claim they are unemployed, a drop in employment happening now is slim to none.

But, if the figures are correct, then they must be applauded. For many years now, the painful lament has been that unemployment figures would continue to rise due to poor fiscal policy on the part of successive governments, a rise in criminality and investors shying away from Saint Lucia unless they get more concessions than the country can afford to dole out.

However, tourism numbers are up these days, with both the present and past administrations claiming credit. Royalton Saint Lucia Resort & Spa finally swung open its doors earlier this year, opening up the way for many jobs lost after its predecessor, Almond Smuggler’s Cove, had closed down, rendering hundreds of employees jobless and breadless.

Buoyant stayover arrivals being recorded only add to the positive side of a story that was usually underscored by negative growth and projections of miniscule increases of growth in Gross Domestic Product (GDP). Moreover, with a number of other hotels and other accommodations earmarked for opening shortly, one can only expect that the joblessness figures continue to fall. The government, too, has indicated that some key investments should be bearing much fruits in the next three months. Time will tell.

Ironically, the outstanding factor of crime continues to plague any such growth in confidence and drop in joblessness as the island faces what seems to be a situation for which neither the police nor the politicians have an answer. But with a national symposium on crime held here yesterday, the hope is that the spiraling disease of crime is finally nipped in the bud, if only to restore some level of safety among the citizenry.

While the recent jobs figures remain a contentious hot potato issue between the United Workers Party administration and the opposition Saint Lucia Labour Party, many Saint Lucians are already jumping into the festive season wholeheartedly.

In fact, just around midnight on Friday, scores of people rushed into a major furniture and appliance store to take advantage of Black Friday specials being offered there. It was one of the many Black Fridays that have sparked the interest of many here despite the event being rooted in the Thanksgiving holiday tradition of the United States, which celebrated Thanksgiving last Thursday.

With Christmas Day being exactly a month away from today, the proof of the latest figures will be manifested in the manner in which consumers behave, especially as they begin sprucing up for the festive season. Time and again, though, while many people complain about and dispute statistics, Saint Lucians miraculously seem to beat the odds, especially around this time of year.