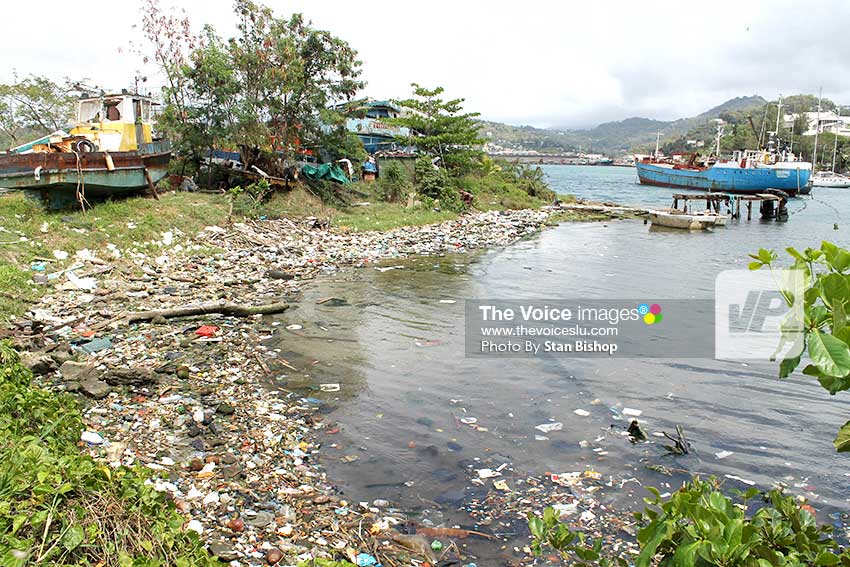 ACCORDING to figures provided by the Saint Lucia Solid Waste Management Authority (SLSWMA), an estimated 82,546.84 tonnes of garbage was generated between April last year and March this year. Statistically, each Saint Lucian generates about 1.2 kilos of garbage each day.

Over the years, indiscriminate dumping of garage has been problematic for not only the government that decries its lack of resources, but also citizens in general who bemoan the unsightly and unhealthy practice. So pronounced is the problem that it is not uncommon to see highways and byways strewn with litter, much to the delight of vagrants and animals who often exacerbate the problem.

With the preservation of the environment now taking centre stage as the Saint Lucia National Trust (SLNT) and central government lock horns over differing views regarding conservation, the issue of national pride is becoming more nuanced as Saint Lucians are being called out for not doing their civic duty in keeping the country clean.

Director of SLNT, Bishnu Tulsie, in responding to questions raised on the issue at the Trust’s 41st Annual General Meeting last weekend, said the Trust can only do so much in terms of advocating and that taking care of the environment is everyone’s job.

“We do partner with a number of agencies, including the Saint Lucia Solid Waste Management Authority (SLSWMA), to try to address the litter problem,” he said. “It’s a national problem, one which should really be taken on by everyone – led by the SLSWMA. But it is something that we’re very mindful of.”

“I am not at all sure that conservation is high up on any policymaker’s agenda,” Compton, who was also at the meeting, said. “Perhaps that’s where we have to start: we have to look at what is the policy of the government of the day. Are there any regulations governing (these things)? If there are, how do we go about securing the enforcement of these policies? If there aren’t, how do we go about ensuring that policy initiatives which can only come from a governmental authority are initiated?”

For nearly a decade now, government has been in the process of regularizing a refund policy for especially plastic bottles, which are being used for a myriad of purposes by industries. These plastic bottles often wind up in the strangest of places, including the Castries Harbour, after heavy rainfall.

Not only is that unsightly, but it also paints a not-so-perfect picture for a so-called island paradise as well as threaten the marine wildlife. Compton believes government needs to stop kicking the can down the road as far as enacting and enforcing that legislation.

“I know that there’s a sort of deposit on plastic bottles on the books, for God knows how long. But it has not been implemented. So I think perhaps we need to take a more fundamental look at what are we for, what is not happening that ought to happen, and deciding how we go about doing it. Unless we have a means of enforcing all of the motions and resolutions we pass, I’m afraid we’re spinning rather large tops in mud,” Compton said.