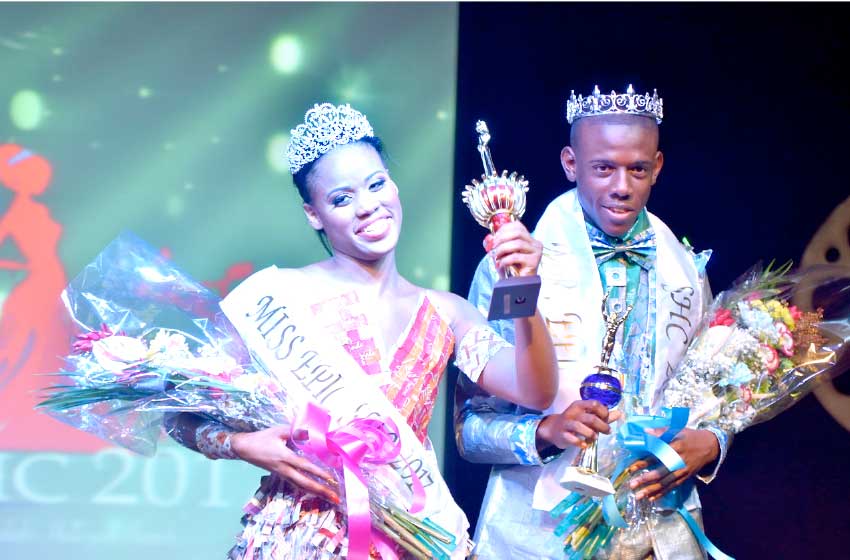 PRESS RELEASE – RECOGNISING and showing appreciation for the unique cultures of our team members has always been of great importance to Sandals Resorts International in every country where we have planted our flag.

We were, therefore, very excited to actively participate and be part of Saint Lucia’s National Kwéyòl Festival 2017, held as part of Soleil Saint Lucia Summer Festival, a 6 month-long series of events celebrating various aspects of Saint Lucian culture — from its culinary delights to its Creole heritage.

At Sandals Grande St Lucian Spa and Beach Resort, our guests and team members enjoyed a thrilling Creole Pageant — Misyéek Manmsel Kwéyòl 2017 — to cap off the festivities that were winding down for the month of October.

During the first week of November, and leading up to the event, participants in the Sandals Grande Misyéek Manmsel Kwéyòl 2017 (Mr. and Ms. Creole) Competition spent time visiting media houses and drumming up support for the show. On the night of the show, which was held on November 4, crowds filled the ballroom at Sandals Grande in an atmosphere of team-spirited competition and celebration, as the contestants — 5 males and 5 females — hit the stage.

From listwa Sent Lisi (Saint Lucian history) to the benefits of siwomyel, (honey), all facets of Saint Lucian creole culture were on display. Niecer Sufferen (stage name Fanm Balawou) stole the crown with her creative portrayal of the Balawou (needle fish) fish that many Saint Lucians know and love. Not only was she caught in a fish net and brought on stage in a boat, she was draped in iridescent blue fish scales for her evening wear. Giovanni Ermay, Mr. Creole 2017, had wowed the crowd as Misyé Kokodou.

Meanwhile, Sandals Halcyon also produced a sold-out show on November 11. The all-English pageant was much-anticipated and Ms. Epic 2017, Carlyn Paul, wearing a feathery two-piece gown that highlighted the gifts at the resort, won the hearts of the judges. Ms. Epic’s gown was described as a “form-fitting corset that caresses her curves and highlights the bold colours of the Sandals Daily Breeze”, an in-house newspaper for guests.

Mr. Epic 2017, Nikile Calderon, was no less resplendent in a skillfully-tailored suit made from sack cloth and a waistcoat made from CDs. Bianca Young, Environmental Health and Safety Manager at Sandals Halcyon and one of the key organisers, had this to say: “Recycling and reusing have been taken to a whole new level. Our team members are so creative and they truly went above and beyond for this show. We are already looking forward to next year’s event.”

Soon it will be the turn of team members at Sandals Regency to crown a Ms. Sandals.