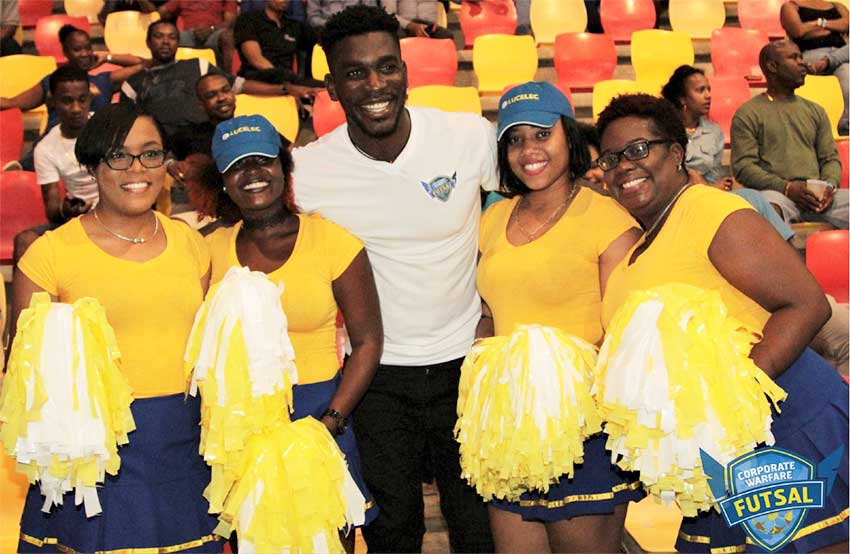 The matches have been action-packed and entertaining experiences for all present as the teams showcase their skills. The teams were grouped at the start (on October 25) and played multiple matches each to earn a place in the round of 16.

The TimeOut Entertainment team, organisers of the event, lauded the success of the matches so far to the support of the incredible fans who create a euphoric atmosphere encouraging the players, various corporate houses and their management who ensured the players/employees were well kitted and transported to the Beausejour Indoor Facility on match days, and the continued support of the sponsors who made the event possible.

So far, the highest goal-scoring teams have been Sandals (19 goals) and a 4-way tie among St. Lucia Teachers Union, Ministry of Agriculture, Windjammer, and SLASPA, all achieving a total of 12 goals over a two-game period.

As we head into the all-important round of 16 teams, top scorers for the overall matches are Corey Serieux representing the Ministry of Agriculture, scoring a total of 8 goals; Nehemiah Wilfred from the Teachers Union, with 7 goals; and Shaquille Degazon with 5 goals, representing Renwick & Co. Ltd.

Gold sponsors of this year’s event are Guinness, Courts, Climax, KFC, St. James’s Club Morgan Bay, Flow and AdVizze Consulting Inc., who have already expressed their desire to continue to support the event as it fosters far-reaching connections among the teams and the corporate community.

The organisers have also been praised for the level of organisation displayed with the consistency and flow of games, professional referees and even training sessions on the technical aspects of the game which has increased the understanding of futsal as a form of football.

The exhibition match between the media and the artistes will see popular media personalities like Elijah Williams of Vybe Radio and Scady of Blazin FM face off against local artistes like Subance, Teddyson John, Ezra ‘De Fun Machine’, Nerdy, Mata and Migos. Fans can expect live performances, lots of prizes and giveaways and an exhilarating match.