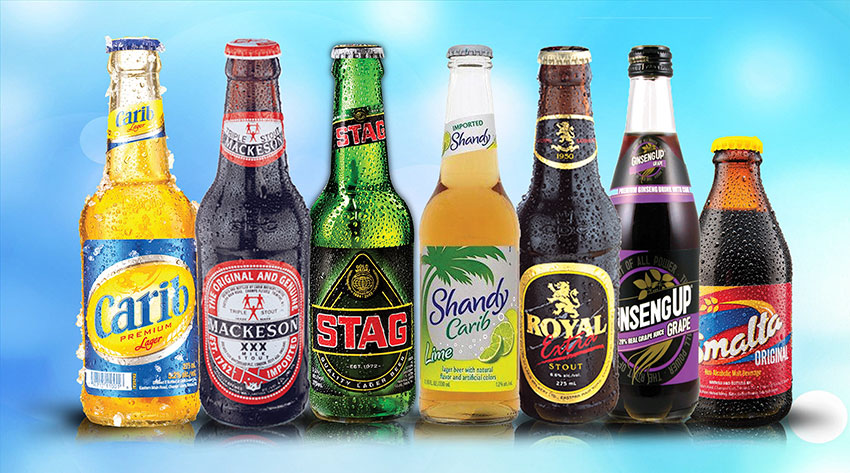 PRESS RELEASE – PETER & Company Distribution say they are thankful for the tremendous support given to the Carib Brewery Line (CBL) of products here in Saint Lucia, since taking over the portfolio in June of 2017. The products include Royal Stout, Mackeson, Smalta, Carib Shandy, Ginseng Up, Carib Beer, and Stag Beer.

According to Germaine Serieux, Brand Manager at PCD, these products have been embraced by local consumers and visitors alike, particularly during the summer, where the involvement of the products was quite substantial in some of the best social and entertainment events in Saint Lucia.

The brand also believes heavily in the environment and seeks to ensure that all bottles within its inventory are collected and redeemed at Peter & Company Distribution, Cul De Sac, on Mondays and Wednesday from 9:00 a.m.

“We are not only inclined towards the cultural and social climate of Saint Lucia, but our concern also leans towards a cleaner and healthier environment, which is why we are embarking on a campaign to sensitize the public about the need to collect and redeem these bottles,” Serieux said.

“In addition to this, we certainly appreciate the support from our consumers and PCD, through the Carib Brewery Line, will do everything in its power to encourage the arts and culture locally, by sponsoring and participating in national events like Carnival and Jounen Kweyol, among many others, as well as community activities, such as the revamping of “5arama” in Anse La Raye, a collaboration between the organizers and Stag Beer,” Serieux added.

Quite apart from these community and cultural activities, PCD Experiences have sponsored some of the major events in the north of the island, including “Bliss”, “Beach Slap”, and “Mercury Beach.”

“Our reach also spread to other parts of Saint Lucia, particularly in the south where a fresh niche of exclusive events is being created,” Serieux noted.

Some of the events that have been supported by the Carib line of products in the south of the island included “Water Warz”, “Wet Dreams”, and the very popular Veterans Football Tournament, which was launched a few weeks ago with its first game at the Phillip Marcellin Grounds in Vieux Fort. This competition will continue with a series of games in the different communities, culminating in March 2018.

Of course, the Carib products are no stranger to supporting sports, having this year endorsed once again (through Carib Beer), the successful 2017 edition of the Caribbean Premier League Cricket T20.

“The Carib Brewery Line will, in retrospect, be a support tool in the development of the community through cultural, social, sporting and entertainment activities throughout the length and breadth of the island,” Serieux said.

As the year comes to a close, PCD would like to thank all consumers for their endorsement of the brands and also remind that all Carib Brewery products are redeemable at PCD Cul De Sac at 25 cents per bottle and with a full case for $10. The company would also like to remind consumers to keep enjoying these products responsibly and please don’t drink or text and drive!