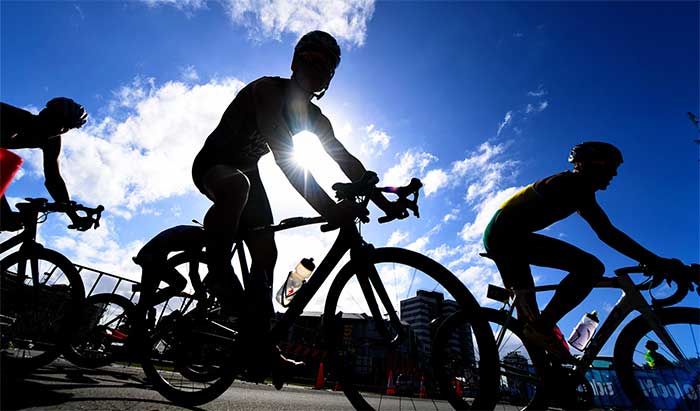 THE fifth “Tri Saint Lucia” Triathlon gets underway from 7:30 a.m. tomorrow. The event, which has generated a great deal of excitement mainly on the international scene, takes place in the vicinity of beautiful and historic Pigeon Island.

The Saint Lucia Tourism Authority (SLTA) is leading the charge along with sponsors Digicel Saint Lucia, Landings Resort and Spa, Cap Maison and The Gobat Foundation.

A number of participants are expected from Martinique, New York, United Kingdom, Grenada, Barbados, and Trinidad and Tobago.

The swimming segment of Tri Saint Lucia Triathlon takes place in Rodney Bay, while cyclists face tough climbs on a multi-lap course. For runners, the course is a flat-out and back loop to Pigeon Island National Park.

As a build-up to the event, the Tri Saint Lucia Triathlon was launched last week at the Landings Resort and Spa in Rodney Bay.

Speaking at the launch, SLTA Chief Marketing Officer, Sybil Brown, noted that SLTA is moving in the right direction by building events like this and leveraging their diverse and ideal tourism product for this experience.

The SLTA is committed to supporting this event annually and to working with other stakeholders and to ensure that they strengthen the quality of the triathlon experience every year.