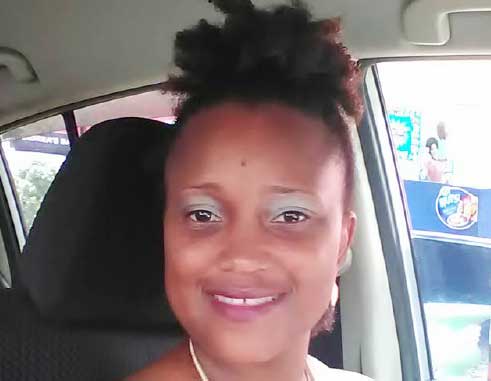 IN the days when suicide seems to be the issue of the day as St. Lucians seem to choose this act as their method of choice to end their pain and suffering, it can only take an army of real heroes/sheroes to raise awareness about the subject.

Sometimes, one is fortunate enough to have what they want fall right into their lap and, in this case, this is exactly what happened with today’s WOTW.

Diane Marilyn Felicien, originally from Marchand but residing in RiviereMitant, Gros Islet, has a passion for people and women issues. Although she has been employed for the past 17 years at the Body Holiday St. Lucia as the Special Experiences Leader and Duty Manager by day, like the true SuperShero she is, she has a double life where she dedicates her time towards helping others in need.

As the President of the Women In Action (WIA) group, she is also a counsellor at the Gros Islet Town Council. Felicien has dedicated her life to working with members of her community to help them deal with and confront their issues head-on. Coming from humble beginnings herself, she is well-equipped for the job.

Felicien said suicide is something that she understands all too well as she has been in that frame of mind and has come close to the edge.

“I have been through some situations of depression and thought of it but it really drove home when I had someone close to me affected,” Felicien said. “Therefore, I sympathise and empathise with all family going through this terrible pain.”

Felicien called into a mid-day radio talk show to explain that there is a stigma attached to suicide and depression, which leads to discrimination. This, she said, prevents those suffering from depression, especially men, from speaking about their situations as well as seeking help.

She said people tend to adopt a hands-off policy on the matter, which leaves them ignorant of the facts surrounding it, including the fact that depression is a certified illness.

With this hands-off policy, she said once individuals have gone through with the act, the masses play the blame game rather than offer support to the family of the deceased.

Speaking out against this very act, Felicien said: “Today, as a people, we have to come to do more than talk. We have to do something as a start to really bring out change. A change will take place when you and I decide to change and then go out and make that change in our daily lives and stick with it!”

She continued: “Suicide respects neither age nor creed. Someone, anyone, must take a step, and this is just a start. I hope that those who care will take it from there back to their households, organisations and communities and take action within their respective spheres of influence. Let us love not in word only, but also in deed and in truth.”

She said no one is immune to this issue and so no one should be excluded when it comes to doing their part. One of the ways people can do their part, Felicien said, is to research the issue and learn about it.

She said: “Examine how we relate to others, examine how we handle our own issues in life and see if there is anything we need to do better and then make changes in our own lifestyle that will reduce or eliminate the probability of suicide in and around us.”

While she said she understands that everyone is dealing with their own issues one way or another, no man is an island and so togetherness rather than segregation is the best bet to beat the blues, she said.

She said: “Today, let’s love each other more. Let us create an atmosphere of love and concern and togetherness and hope. Let us strengthen each other for there is nothing we cannot overcome, especially when we have a reliable shoulder to lean on.

“From my experience, I can tell you that the stories out there are beyond words. But there is only so much one person or organisation can do. What we can do is each one, save one. If we all do our part, we are bound to reach our goal.”

Felicien urged everyone to look out for their loved ones, especially the younger groups as well as the men in their lives and their elderly, whom, she said, were more at risk. She also called on the media to shed correct and adequate light on the matter and reduce the stigma, as well as to encourage deep dialogue about it.

She also encouraged corporations to sponsor initiatives when they receive donation requests, as well as more training for healthcare professionals. A national strategy, she said, is needed to see a reduction in suicide cases.

The ever-passionate Felicien extended sincerest gratitude to all the individuals who have come on board to help them fight suicide, including fellow counsellors, Women On A Mission and President of the St. Lucia National Youth Council, Jeshurun Andrew.

Oh, don’t think I forgot to pry a secret out of her. However, with this secret comes a warning: don’t mess with her! Why? Because Felicien has a second degree black belt.