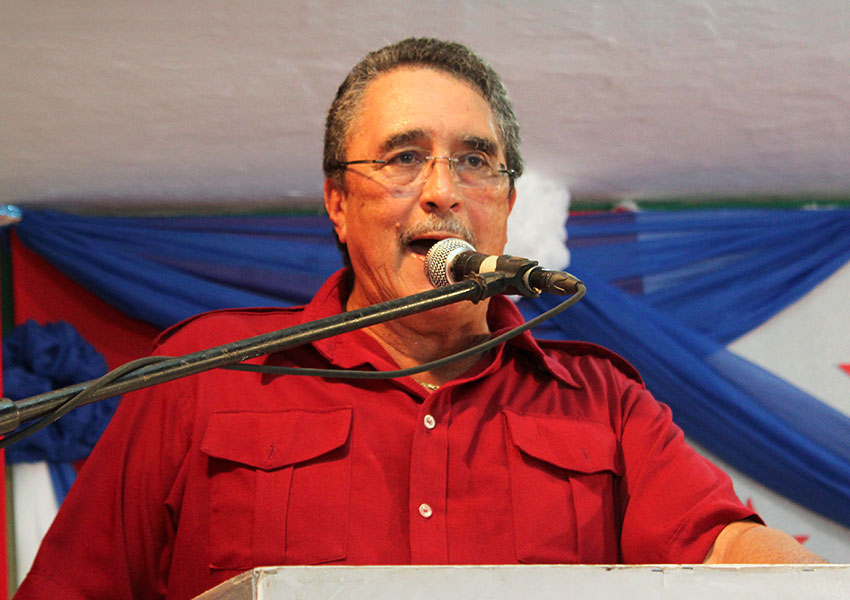 DEAR EDITOR,
We were flabbergasted when the former Prime Minister announced that Allen Chastanet wanted to teach him a lesson by simply taking the appropriate steps to protect the nation from two fiascos, namely an unfinished and an ill-approved designed hospital and, secondly, the erection of a white elephant in the south.

Once the former PM’s mind is functioning properly, he will understand that he became PM of Saint Lucia on three occasions and the MP for Vieux South on five. The buck, therefore, stopped with him. But if he wishes to correctly paraphrase his thoughts, he taught Morella Joseph, Vaughan Lewis and Stephenson King the political lessons he said Allen Chastanet wanted to teach him.

Allen Chastanet came along as political leader of the UWP and seemingly without breaking a sweat taught the former SLP leader the same political lesson he so ably taught his three predecessors (victims?). The difference between his earlier successes and his recent loss at the polls is more noticeable because even his staunchest supporters believed that he was going to step down after three years following his third victory at the polls as political leader.

Many faithful SLP supporters were prepared to throw their weight behind Mario Michel, the man who was fingered to replace the goodly doctor as leader and Prime Minister. But what did we find? Rather than stepping down as promised, the man finished his five-year term and, lo and behold, ran again as political leader for a fourth term! Based on the devastating results in 2016, he immediately resigned as leader of the SLP and went into forced hibernation.

The difficult part of the low-grade political narrative to which Saint Lucia has been subjected for the last five years is that Allen Chastanet, who has been despised and under-rated and made to look incompetent by his opponents, is the one who dislodged the dear rotund leader from his perch as Prime Minister. One may also say that it was Allen Chastanet, who had no quarrel with the former PM, who forced him out as leader of the SLP. By so doing, Allen Chastanet may have given new life to the SLP by injecting it with fresh hope. The effectiveness of the government often depends on a vibrant opposition!

Sadly, today, the former PM has still found it difficult to follow protocol and congratulate Allen Chastanet on his victory at the polls and his assumption of the office of Prime Minister. Such courtesies are common occurrences in civilized democracies. Such conduct, including recent spiteful and hateful ranting on the St. Jude Hospital fiasco, continues to foster division in our once politically tranquil and peaceful island. It is such conduct and its spiteful narrative that continues to haunt the former PM, some sixteen months following free and democratic elections.

He who his followers thought was mighty and invincible was laid low – Oh! Mighty Caesar, doth thou lie so low? – What power drove you so low? Was it the one first accused of being foreign, unable to speak (and curse in Creole?) too white to rule in this sudden rage-for-blackness country and its new emancipation ethos? To make certain the last campaign was suitably flavoured with race and subjective propaganda, the former PM declared it a fight between him and the Chastanet family.

Despite criticisms from naysayers, Allen Chastanet and his team are slowly but surely turning the economy towards growth and progress. The St. Lucia Chamber of Commerce announced that recent research observed increasing buoyancy and tender shoots of growth in the economy. Experience tells me that besides high taxes, there is nothing a businessman hates more than being lied to by the government.

Frequent press briefings by the Chastanet government after their weekly Cabinet is a sea change from that of the former regime. Saint Lucians need more straight talk and more transparency from their leader. The people must demand that the opposition stops hiding behind the name of Guy Joseph and the dark smoke screens of their creation.

The greatest insult of over the last twenty-odd years is that Saint Lucia – Vieux Fort, in particular — has little to show for the support and loyalty given to one who has turned out to be a mere politician to the well-connected establishment and various smart operatives. Who taught whom a lesson is, therefore, an appropriate question at this time?