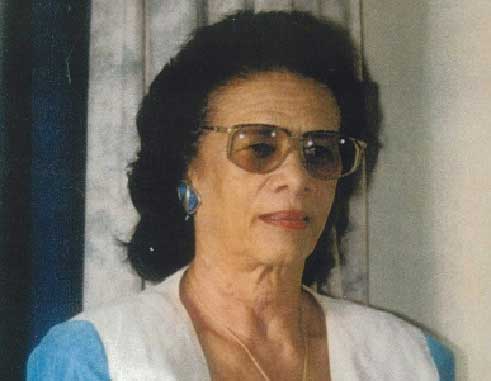 Entitled “Of Flesh and Frailty and What The Lady Would Say”, the lecture will be delivered by former Chancellor of The University of the West Indies and Director Emeritus of PAHO, Sir George Alleyne, at 7:00 p.m. at The UWI Open Campus Site on Morne Fortune. The lecture will explore the genesis and nature of the epidemic of childhood obesity in the Caribbean and the urgent measures needed to address it.

Lady Marilyn Consuela Theresa Floissac (nee Bristol) joined the ranks of a line of distinguished Resident Tutors of the former School of Continuing Studies of The University of the West Indies, Saint Lucia (1982) which she headed until her retirement in 1993. During her distinguished tenure, Lady Floissac worked assiduously to ensure the provision of academic and administrative support for students following The UWI’s ‘Challenge Examination Programme’, via its then pioneering teleconferencing system.

It was with deep sadness that the Open Campus of The University of the West Indies (UWI) learnt of her death on October 14, 2014. The inauguration of an Annual Memorial Lecture was conceived, therefore, as a fitting way to honour Lady Floissac’s memory and her LADY FLOISSAC sterling contribution to The UWI and the people of Saint Lucia.
The public is invited to attend this FREE lecture.

He entered academic medicine at The UWI in 1962 and his career included research at the Tropical Metabolism Research Unit for his doctorate in medicine. He was appointed Professor of Medicine at the UWI in 1972 and four years later became Chairman of the Department of Medicine.

He is an Emeritus Professor of The UWI and was appointed Chancellor of The UWI in 2003. Sir George has served as a member of various bodies, including the Scientific and Technical Advisory Committee of the World Health Organization (WHO) Tropical Disease Research Program and the Institute of Medicine Committee on Scientific Investigation in Developing Countries.

From 1970 to 1981, Sir George served as a member and Chair of the Pan American Health Organization (PAHO) Advisory Committee on Medical Research. In 1981, he left The UWI to assume the position of Chief of the Unit of Research, Promotion and Coordination in the Division of Human Resources and Research at PAHO/WHO; and in 1983 was appointed Director of the Area of Health Programs. In 1990 he was appointed Assistant Director of PAHO/WHO and in 1995 Director of PAHO. He completed a second four-year term in 2003 and was elected Director Emeritus.

Sir George was the UN Secretary-General’s Special Envoy for HIV/AIDS in the Caribbean Region from 2003 to 2010. He has over 150 publications in peer-reviewed scientific journals, and during his term as Director of PAHO and subsequently has given numerous speeches and presentations in which he has dealt with issues such as equity in health, health and development, HIV/AIDS, non-communicable diseases and the basis for international cooperation in health. He has also addressed several aspects of Caribbean health and the problems the region faces.

Sir George has been visiting faculty at many universities and holds an adjunct Professorship in the Johns Hopkins Bloomberg School of Public Health. He has received numerous awards in recognition of his work, including prestigious decorations and national honours from many countries of the Americas. In 1990, he was made Knight Bachelor by Her Majesty Queen Elizabeth II for his services to medicine. In 2001, he was awarded the Order of the Caribbean Community, the highest honour that can be conferred on a Caribbean national.

Sir George is married to Sylvan I. Chen and they have three children.