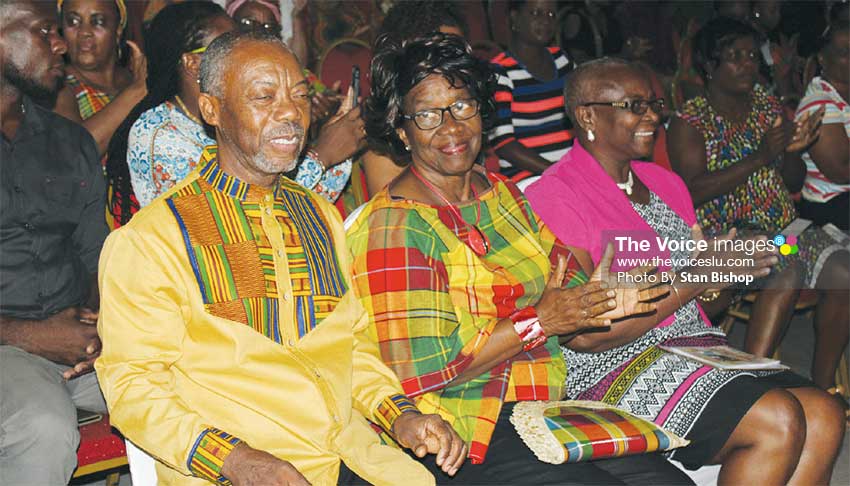 NATIONAL cultural icon, Monsignor Patrick “Paba” Anthony, was paid a fitting tribute last Wednesday evening at the National Cultural Centre in honour of his extensive contribution to the arts in Saint Lucia, especially the advancement of kwéyòl.

Video excerpts were also shown on a large screen during the event, highlighting Monsignor Anthony’s journey through the priesthood and public life. Speaking candidly, Anthony explained how crucial his role was in the development of the language in Saint Lucian society.

He said that buoyed by creative geniuses such as Derek and Roderick Walcott, Harold Simmons and Dunstan St. Omer, he tried to embrace his cultural heritage tighter by ensuring that the people, too, saw the significance of it.

Regarded by many as a champion for the people, Anthony has spoken out on many issues, namely crime, social decay and the environment. He has often been the broker that quelled many political fights. Ordained a priest in 1972, Anthony has used his background in the Catholic Church to bridge divides that cross even religious denominations.

Scores of attendees congratulated Anthony on Wednesday evening during and after the event, including Governor General Dame PearletteLouisy; Minister for Culture, Fortuna Belrose; Harold Simmons’ daughters, Anthony’s relatives and members of the diplomatic corps.