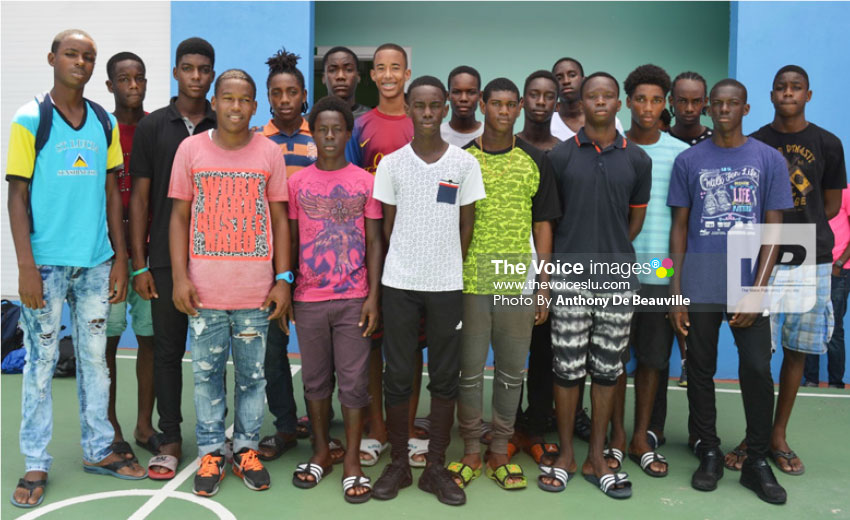 MATCHES continue today in the 2017 Under-19 schools football tournament at a number of playing facilities around the island.

The competition, which kicked off on Tuesday, is being hosted by the Ministry of Education/ Department of Youth Development and Sports in collaboration with Saint Lucia Football Association (SLFA).

Matches slated in Group A from 1:30 p.m. feature Leon Hess Comprehensive versus Corinth Secondary and Entrepot Secondary will meet SALCC at the Marchand playing field at 2:30 p.m. In Group B, from 1:30 p.m., Vide Boutielle Secondary come up against St. Mary’s College and it’s Jon Odlum Secondary versus Bocage Secondary at 2:30 p.m. Both matches are scheduled for the Sab playing facility.

Group C include Vieux Fort Comprehensive versus Micoud Secondary from 1:30 p.m. and Piaye Secondary play Soufriere Comprehensive at 2:30 p.m. Both matches will be played at Phillip Marcellin Grounds.

Twenty-four teams will do battle in four groups of six. Like last year, the competition will be governed by FIFA rules and all matches will be of 80 minutes duration.

During the knockout stages, if a match ends in a draw, a penalty shootout will determine the winner. Teams are allowed to make five substitutions, inclusive of a goalkeeper, during the game.

According to organizers, teams should arrive at the venue 30 minutes before the start time of their encounter while a grace period of 15 minutes will be given for teams arriving late.

In the second encounter at the La Ressource playing field, Clendon Mason Memorial defeated CARE 5-1. For CMM, Josh Emmanuel scored in the 18th minute, Melton Felix in the 28th, Denilson Robinson in the 56th and 76th and Quame Robinson in the 65th. For CARE, their lone goal was scored by Jeannaikie Noel in the 61st minute.

At the Marchand Grounds, in Group B, Castries Comprehensive defeated Bocage Secondary 3-0 with goals from Troy Edward in the 14th minute, Curtis Joseph in the 68th and Dequan Forde in the 71st minute.