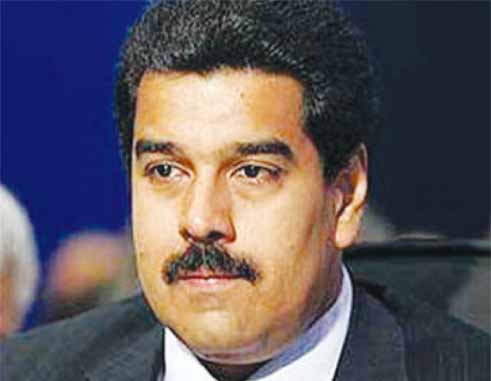 President Maduro announced the beginning of a new era of peaceful relations with sectors of the opposition, after meeting on Tuesday in the presidential palace with three opposition governors elected in the recent elections.

“A new era of cohabitation, harmony, and cooperation has started with an important sector of the Venezuelan opposition. I welcome it and applaud it,” he said.

“I offer my generous and firm hand to work because extremist politics will never give a good outcome for the country; whoever calls for violence, intolerance and hatred will never have good results, only one fate: political defeat,” he added. “This forces us to work more. I am asking all the governors to gather forces for the sake of peace. Now is time to build a new political culture, new political ethics.”

Maduro met with Alfredo Díaz (governor of Nueva Esparta), Antonio Barreto (Anzoátegui) and Ramón Guevara (Mérida), with the presence of Venezuela’s Vice President Tareck El Aissami, among other state officials. Laydi Gomez, governor of Tachira, could not attend the meeting because of her regional agenda, reported the head of state.