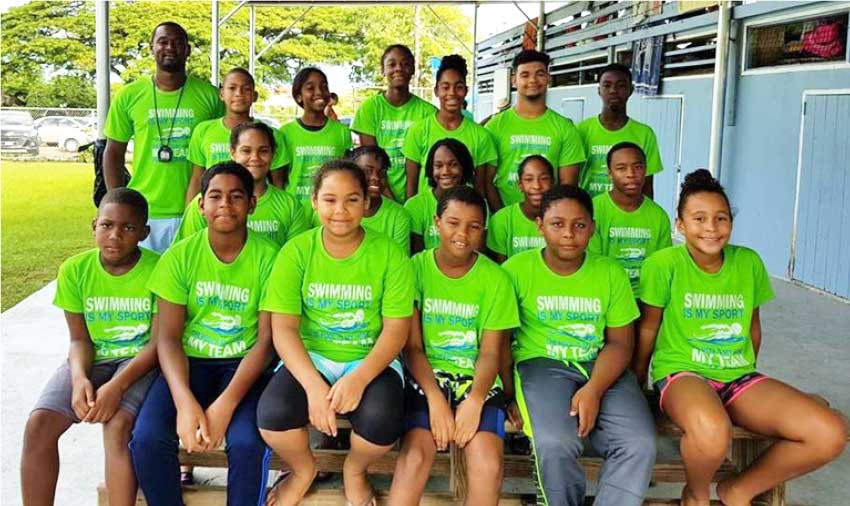 WITH only 18 of its 27 competitive swimmers participating in the recently-held Capri Sun 2017 National Championships, Lightning Aquatics (LA) Swim Club was able to amass 618 points, landing them in the third position out of six participating clubs.

According to LA’s President, Tessa Charles-Louis, “All our swimmers performed remarkably well, achieving personal best times in many of their events. This is quite an accomplishment considering we competed without our full complement of swimmers. I am extremely proud of them all, not to mention those who didn’t swim but came to support their teammates.”

The club copped a few of the top positions in the various age group categories: Karic Charles placed 2nd and Ethan Hazell placed 3rd in the 9-to-10 boys; Naima Hazell snatched the 1st place and Naekeisha Louis placed 2nd in the Girls 11-to-12 category. In the Girls 18-and-over age group, LA’s Shernice Popo copped 2nd place.

The team also put on lightning performances in the relay events: In the Boys 10-and-under freestyle relay, Liam Emmanuel, RojanFelicien, Ethan Hazell and Karic Charles snatched the gold medal. These four went on to win the silver medal in the 200-metre freestyle medley relay.

The Club looks forward to more amazing performances in the next two major meets: the OECS Swim Meet from November 10-12 in Saint Lucia and ASATT in Trinidad and Tobago in December. To ensure the participation of our swimmers in the ASATT meet, LA invites the public to a fundraising Back in Time Dance on Saturday, November 4 at the Saint Lucia Golf and Country Club in Cap Estate. Check out ‘Lightning Aquatics Swim Club’ on Facebook for more details.