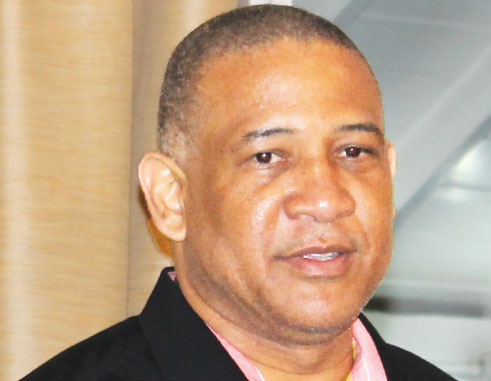 CASTRIES South MP, Dr. Ernest Hilaire, has expressed concerns over the island’s high crime rate, saying that it poses a great threat to businesses if the situation is not brought under control.

Dr.Hilaire said although crime is not a matter that should be politicised, it would be remiss of him not to point out the UWP’s failure to fulfil their 2016 platform promise to lessen the amount of crime that continues to plague the island.

“Some of the fundamental requirements for business to prosper are stability, safety and order, and respect for law in the country, and the significant increase in homicides in St. Lucia must be a cause for alarm in business,” Dr.Hilaire said.

He added that the issue is not only one that plagues the business sector, but St. Lucia and St. Lucians on a whole.

Addressing the current administration’s promise of reducing the crime rate, Dr.Hilaire said: “You will recall that…one of their platform promises was that they were going to make St. Lucia safe again. There were 19 murders in the last half of last year, and already over 40 for this year. So we’ve had over 60 murders since the new Minister of Home Affairs and the PM came into office, and we’ve seen nothing — certainly no evidence that they’re turning around the situation.”

This issue, he said, will undoubtedly bring the viability of St. Lucia as an ideal destination into question. He said the current crime situation also breeds bad business practices in a bid for business-owners to protect their product.

Dr.Hilaire said: “Hotels don’t want their guests to go out. Hotels are now claiming beaches to be private so the locals cannot interact with their guests because there is the perception that out there is unsafe and people out there cannot be trusted, therefore, don’t let them come to the beaches. We need to be concerned about that as a country, that we cannot be establishing any claims on prime land in St. Lucia, shutting out St. Lucians.”

The politicisation of crime, he said, causes all to suffer and that the situation has reached the stage where it must be addressed.

He said: “Sooner or later, the Labour Party will have to bring crime — and especially the high murder rate — in St. Lucia to the front burner, and call upon the government and demonstrate our concern in a very forceful way because it is a concern for St. Lucians.

“Suicides, rapes, murders have all escalated since June last year and what is being done about it? I mean, the Prime Minister cannot speak of buying more motorcycles and more vehicles for the police as the only solution; it has to be deeper than that.”

To date, the island has recorded 44 homicides for the year.