A Review by Gandolph St. Clair 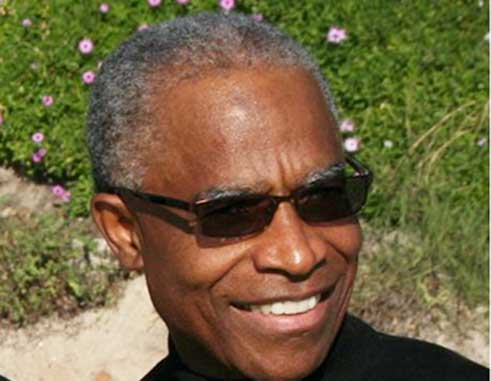 “FLESH of my Thoughts” is a cerebral celebration of the life of St. Lucian writer, pannist, performer, songwriter and pan teacher Harry Best, who has embraced the craft and tradition of storytelling in producing his first collection of his creative writing, “Flesh of my Thoughts”.

Harry and I entered St. Mary’s College together and found ourselves sitting alongside each other for our first year. We were the “tiwats” he refers to in the story, “The Mango Alawoz Tree”.

Harry grew up in La Clery and having spent three months at the La Clery Gov’t School before entering St. Mary’s, I knew most of the boys and girls of the community since I also spent quality time with the legendary schoolmaster Mac Eugene and his family.

At St. Mary’s College, our Literature teacher then — Brother Joachim Stack — who later became Father Joachim Stack, when he served the La Clery community, had organized a literary competition for his Form One students. At the end of the day, Harry Best and I placed first and second respectively. Harry’s submission, a short story, was “The Christmas Bag”, mine a short play, “Coriolanus”. We were both only eleven years old.

We parted ways at the end of our tenure at St. Mary’s College; he migrated to the United States and I to England around 1967. Our paths would cross again, after he had graduated from the University of California, Berkeley with a Degree in the Social Sciences, and returned to take up an assignment with The Voice of St. Lucia in 1974, while I had begun my work as a cultural activist.

Harry returned after two years at The Voice of St. Lucia and honed his skill as a writer in Northern California in the Bay Area’s Black Press for fourteen years.

While working in the Black Press, he became fascinated with the steel pan and launched a side career as a musician. His exploration of music theory and composition provided another avenue for further expressing his creative skills as a songwriter and lyricist. Some of his songs were commissioned and recorded by the late legend of soca music, Mighty Arrow, who, back in the day, was a regular caller and listener when I was the man in the chair and voice in the air at Radio St. Lucia in the late 1970s.

Harry performs at venues and events with a small side of pannists, teaching, selling pans, and accessories, writing music books on how to play pan in the Northern California corridor. I missed him a couple times when he visited St. Lucia including on one occasion when he performed at the VBCC in La Clery. However, we kept in touch through the internet and one day he sent his collection of his literary writings and I did my silent scream.

His first collection, “Flesh of my Thoughts”, contains sixteen poems about youth, lineage, exile, faith, aging, love, friends and family portraits using his memory recall with dexterity and skill in his application of the tenets of poetry. The twelve lyrics reflect his romantic ideal as he delivers versification of melody, metre, rhyme and rhythm.

The six stories, anecdotal, give insight into the use of the vernacular, in the narrative and the plot, structure, reflect the beginning, middle and end of the great tradition of storytelling. The writer also commands a cinematic eye in his imagery and metaphor. One can appreciate his choice of names for his characters. He exhibits penchant for humour, wisdom and wit.

In summation, Harry must be intellectually inspired as he concludes and includes on the back cover of the collection a quote from our Nobel Laureate, Sir Derek Walcott: “Forty years gone, in my island childhood, I felt the gift of poetry had made me one of the chosen, that all my experience was kindling to the fire of the Muse.”

“Flesh of my Thoughts” is expected to be available at 758 Books during this November, pending a launch in St. Lucia.