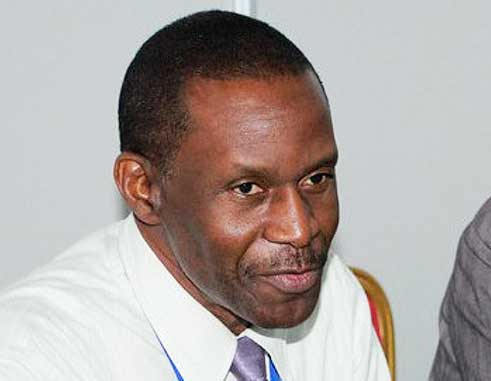 THE Livestock Development Officer of the Food and Agricultural Organisation (FAO) has indicated that the FAO and the Dominican government are currently in talks to revive the island’s obliterated agriculture sector with due haste.

Cedric Lazarus was speaking about the urgent need to reduce the food import bill of islands of the Caribbean which, he said, is unnecessarily high.

Focusing on Dominica, he said the island faces no choice but to incur a high food import bill after its agriculture sector was completely destroyed following the passage of Hurricane Maria last month.

However, all hope is not lost, he said, as planned works to resuscitate the sector will begin soon.

He said: “FAO is working with Dominica and all the various other partners both within the UN and outside the UN. Our job now is to rebuild agriculture in Dominica and that is going to be obviously a very long process.

“It’s going to need huge investments but it is something, I think, which is doable and we are now in Dominica talking to the government and talking to the partners to put together a plan for the rebuilding of agriculture, for the rehabilitation of those sections of agriculture that can be rehabilitated in the near future, maybe even start before the end of this year.”

As it relates to the rest of the Caribbean, Lazarus said there is a food deficit which sees large quantities of food being imported into the islands instead of being locally-produced. He said some of these foods can be produced efficiently and sustainably in the Caribbean.

“I think the Caribbean spends over $5 billion in importing food last year and that is a huge drain on the foreign exchange that the region has.

“FAO’s role is to work with the countries and the various agencies to improve food security in the Caribbean. We are working with countries along those lines to see what foods we can produce locally in more quantity and better quality so that we don’t have to import.”

One of his main aims, Lazarus said, is to seek out land space across the Caribbean where foods can be raised or grown locally. He said this is a sure-fire way to reduce the high import bill.