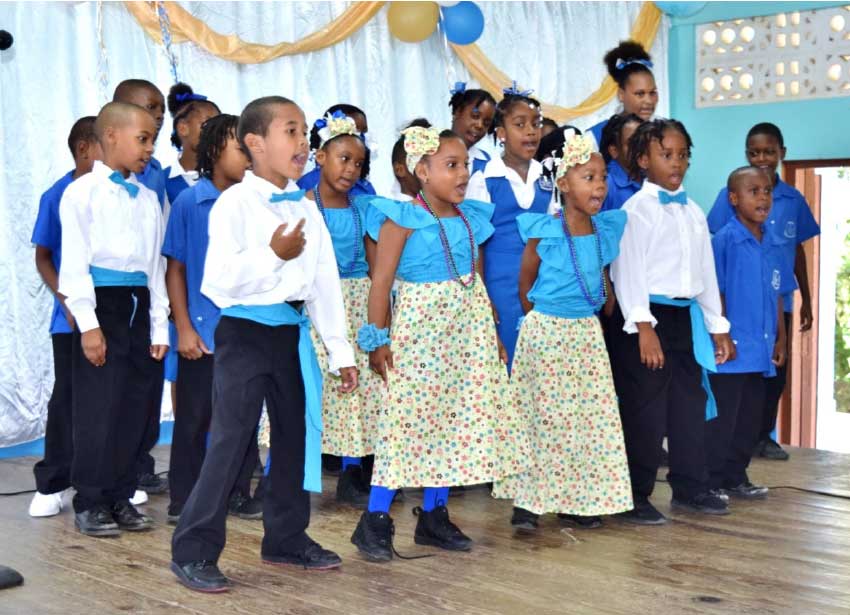 PRESS RELEASE – STUDENTS of the Dugard Roman Catholic Combined School in Choiseul were rewarded on Wednesday for their excellence in academics, athletics, the arts, discipline and more during a ceremony held at the school.

Among the principal recipients were Shaquille William and HileeaJoakim, Saint Lucia’s national science quiz champions. Shaquille, who is now at Choiseul Secondary, was also the District Seven numeracy champion. Hileea is now at Vieux Fort Comprehensive.

The two were presented with schoolbags, water bottles and pens by Flow Product Manager for TV and Broadband, Adriana Mitchel-Gideon. Their proud parents, Mary Charles of Roblot and Juliana Joseph of Dacretin, will also get six months of free service. The school staff also received gifts from Flow.

The ceremony, which included fine performances from the Dugard Combined choir and dance troupe, was held under the theme, “Against the Odds, We Rise.”