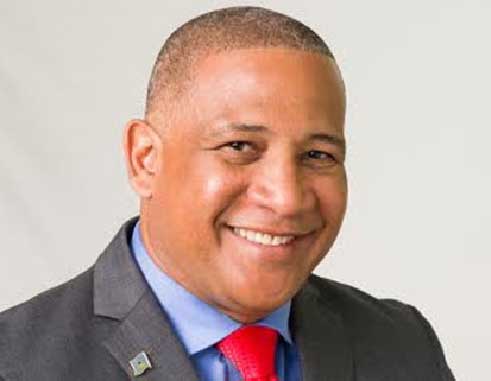 PARLIAMENTARY Representative for Castries South, Ernest Hilaire, has come out firing at Prime Minister Allen Chastanet for his controversial response to a reporter’s question last week Tuesday, whereby Chastanet used a metaphor that was deemed inappropriate.

Stepping out of a press conference on that day, Chastanet was asked about his refusal to answer questions posed to him by members of the opposition in the House of Assembly regarding the Citizenship by Investment Programme (CIP).

Chastanet, who is the Minister for Finance and, by extension, the minister in charge of CIP, retorted with the metaphoric question asking whether he should respond to every dog that barks (stemming from the metaphor “You will never reach your destination if you stop to throw stones at every barking dog”).

Ever since the Prime Minister’s remarks, there has been a backlash from the public who feel that he was being disrespectful and evasive. It also did not sit well with parliamentary members of the Opposition, leading to the PM’s words being called “unacceptable” by Dr. Hilaire.

He added: “The PM must recognise that this is Parliament where elected members, people elected to go into parliament and represent their constituents, and to hold the government accountable. I expected to ask questions and when questions are asked of any minister; in fact, if you look at the Standing Orders for Parliament for the House of Assembly and on the order paper, there is actually a provision for question time where members can ask questions. When motions are being debated, questions are asked. To suggest to answer those questions means you are responding to a barking dog is totally unacceptable (and) is disrespectful.”

While there was outrage expressed over the PM’s statement, other factions were baffled at the hubbub, as they claimed to have heard nothing but a harmless quip.

On the other hand, many were quick to point out that this was not the first time a Prime Minister had referred to other parliamentarians as dogs; in fact, there was similar controversy when then Prime Minister Kenny Anthony referred to Castries South East MP, Guy Joseph, as “poodle”.

However, Dr. Hilaire stated that was simply friendly banter that is nothing new in the Parliament of St. Lucia or any other country in the world. He said the word “poodle” is a common political term used to highlight politicians who follow other politicians obediently and unquestioningly.

Said Dr. Hilaire: “In fact, one of the most famous uses of that term was Tony Blair being called George Bush’s poodle. The relationship between the United Kingdom and the US is called Poodle Politics, because it is believed that the United Kingdom always follows the lead of the USA. What Dr. Anthony had done was to say to Guy Joseph he’s everywhere following Allen Chastanet, doing whatever he wants like his poodle.

“In politics, that has a specific meaning. It is not necessarily a reference to him being a dog or an animal; it is the obedience that he shows to that person…I will also add that when Dr. Anthony did it, it was picong in the House. We were throwing picong at each other and picong is part of the House. In today’s world which is becoming politically-correct, some of the picong is really not acceptable like before. But Parliament is a place where a lot of picong is thrown at each other.”

Dr. Hilaire said the Chastanet’s statement was more venomous than friendly and that describing parliamentarians as barking dogs and refusing to respond to their questions is shameful. He also mentioned another instance where he claims the Prime Minister was being disrespectful.

He said: “The Prime Minister recently called Phillip J. Pierre an economic terrorist. In today’s world, to call somebody a terrorist is a very strong description to attribute to that person, but it was understood that what he was trying to convey is that, in his view, the opposition leader by his comments was seeking to damage the economy of the country in his view and, therefore, he described him as an economic terrorist.”

He said while he can make allowance for the PM’s poor choice of words on that occasion, he simply cannot overlook last week’s dog metaphor coupled with the refusal to answer questions posed.

“It is a disrespect of Parliament, a rule of Parliament, and it also says for somebody who’s not been PM for 2 years yet, the level of arrogance and disdain that is being shown to the reporters and certainly to other members of Parliament who are elected,” Dr. Hilaire said.