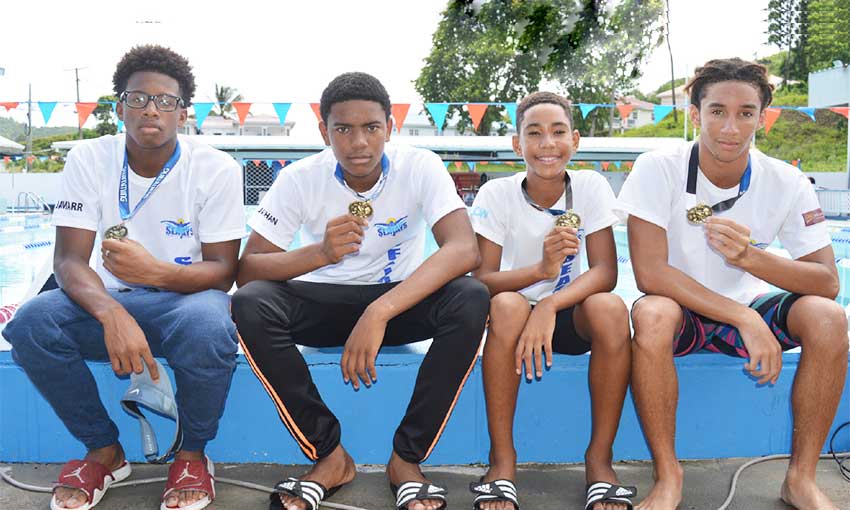 Over the past 26 years, two islands — Saint Lucia and Grenada — have dominated the meets, which usually sees participation from other islands, uncluding Antigua and Barbuda, Martinique and Saint Vincent and the Grenadines. Due to recent weather conditions affecting various islands, Dominica and British Virgin Islands are unable to participate this year.

On conclusion of the Seajays Capri Sun Short Course Swim Championship, also dubbed the “OECS Swim Trials”, this past weekend, SLASA Technical committee selected the top 34 swimmers to represent Saint Lucia at the OECS Swim Championship slated for November 10 to 12.

The competition will be conducted in accordance with FINA Rules. Swimmers will compete in the 8-and-under through to 18-and-over age categories.

Leading the country’s charge in the Girls and Boys 8-and-under will be Fayth Jeffery, Mila Festini Cromer, Diego Vargas and Antoine Destang.

The 18-and-over entries will include Vanessa Eugene, Shernice Popo, Johnny Calderon and Micheal Louis Fernand, all of whom SLASA expects to strengthen the team’s representation.

Meet Director Yasmin Tyson looks forward to SLASA hosting this year’s championship and to the team retaining the trophy.