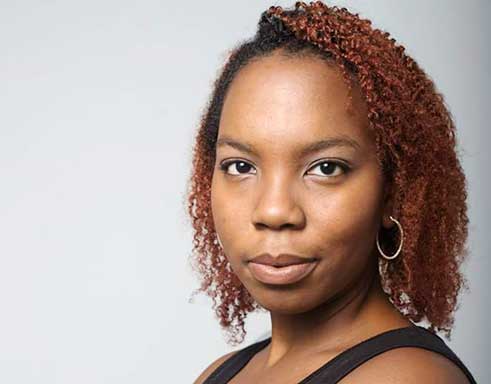 AS depression, mental illness and suicide have once again been thrust into the headlines following the suicide route taken by three individuals in recent days, one can’t help but wonder about the state of mind and ask themselves: “Could I ever?”

There is no silver lining around suicide, nothing positive at all, and in this Wednesday’s case, it is even more difficult as the victim was only 16 years old.

The saying “Dead men tell no tales” is the sobering and frustrating truth in this whole situation as it is usually after one has committed the act that the world has a million questions.

It is also a sad fact that in most cases, it is only after the act is committed that the victims receive the attention and recognition they needed could have essentially saved them.

Although I have so far focused on suicide, it would be remiss of me to leave out depression and mental illness because the three form part of a dangerous and inseparable ménage à trois.

But seeing that I am no psychiatrist, I cannot possibly give an in-depth write-up about the three. Instead, I have found someone who has been through the struggle with illness and is winning everyday.

Janeka Simon is an independent journalist, who by day makes it her duty, almost in a heroine-esque manner, to keep the public informed on what is going on in St. Lucia. In her mission to do so, she keeps the powers-that-be in check and on their toes, letting them know that she is always watching and she will not hesitate to send them right back to their places.

However, there is another side to Simon that not many might know about. It’s a deep and dark side that has been a part of her life like a parasitic tumour that she has learnt to live with over the years. But today, she has decided to show just how much of a SuperSHEro she is by speaking up about this issue that has and continues to cripple the lives of millions all over the globe.

Simon said: “I knew that something was wrong with me at about 12 or 13 years old. I felt detached and disconnected from family and friends. I could not understand people and their petty behaviours. I started to pretend to enjoy things and I started to pretend that I was fine and felt great. I still don’t like referring to depression as an illness. Illness to me means something that you can recover from.”

She continued: “My fake front is attractive but I keep people at a distance because I don’t want them to know how rotten I am on the inside. I’ve been affected by depression in my work – sometimes I am unreliable, isolation means I don’t answer calls and sometimes I make plans and just completely bail (which doesn’t help with friendships, either). I have been working on structuring my life around my depression, but the way the world is designed, sometimes people just cannot accommodate my ups and downs. And I totally understand that.”

Simon said that over time, she learnt to box everything into a tiny corner where she would ignore it and pretend that life was normal. However, like all ailments left untreated, it has a nasty habit of festering and her symptoms become impossible to hide.

It was at this stage of her life when she sought professional help, where she was officially diagnosed with depression

She said: “Therapy has given me lots of good coping strategies and has broken down a lot of my own mental barriers regarding shame and stigma. A brief course of medication a few years ago gave me the mental space and strength I needed to dig deep within myself and make some fundamental changes. I am better able to regulate my emotions and can recognize that little voice in my head that tells me that I am not good/pretty/strong/lovable enough and now I have the understanding to start arguing back!”

Simon revealed that there are times when the feelings begin to creep back in but she knows just how to deal with it: “My go-to strategies are to either get very busy or to completely let go and float. I’ve been doing both things. It might seem contradictory but I just try to muddle through as best I can.”

Simon explained that society’s failure to understand depression is what keeps them from spotting the signs of suicide. The people suffering from the illness usually see it as a welcomed remedy/comfort at a point where they believe nothing else has and will work.

Admitting that she has been to the brink of suicide herself, she said: “There’s often no ‘reason’. Unlike situational depression, which has a specific source, chronic depression is just an everyday grinding down of your willpower, energy and emotional state. I am a very, very lucky person to be surrounded by friends and family who want the best for me. People have been there at critical moments to save me from myself and because of the treatment I have received and the mental restructuring work that I have done, I now know enough that all I have to do is honker down and wait until the storm passes and then I will be okay.”

Simon spoke of one of her pet peeves when it comes to depression and it is in the form of outsiders looking in who speak ‘words of comfort’ and although they might mean well, their ignorance simply makes matters worse.

She said: “If only people know how much damage they are causing when they tell a depressed person to ‘chin up’ or ‘pray about it’. It’s probably better to not say anything at all than to say something so unhelpful and callous – kind of like telling someone who broke their leg to ‘stay positive’ instead of getting them to a hospital for medical treatment.”

She continued: “People suffering from depression need medical help. If you are not trained in this area, the best thing you can do is to seek this kind of assistance for the individual (in many cases, they will not go but it’s always good to at least ensure they know their options).”

Giving a short list of other options, Simon said hugging is a sure-fire method to cheer someone up, as well being a calm presence by doing little things like finding out what their favourite food is and bringing it for them, taking them to the beach or to a quiet place outdoors where they can feel the sunshine on their skin, or even just sitting and crying along with them while they sob out their pain, she said, is cathartic and helpful.

She said: “Listen to their irrational thoughts. Most times, we know that we’re not making sense but our internal reality doesn’t match with what’s going on in the outside world. Depression is scary and isolating and the best emergency treatment is comfort and community. Bring ice cream.”

Simon revealed her WOTW secret, saying she felt slightly vulnerable, especially after opening up as much as she just did. However, when she did, The VOICE almost rang the immigration department to revoke her St. Lucian status.

She said: “I often feel like a fraudulent Saint Lucian because I really dislike green figs and saltfish. Don’t take away my passport!”

Too late, lady. Too late!