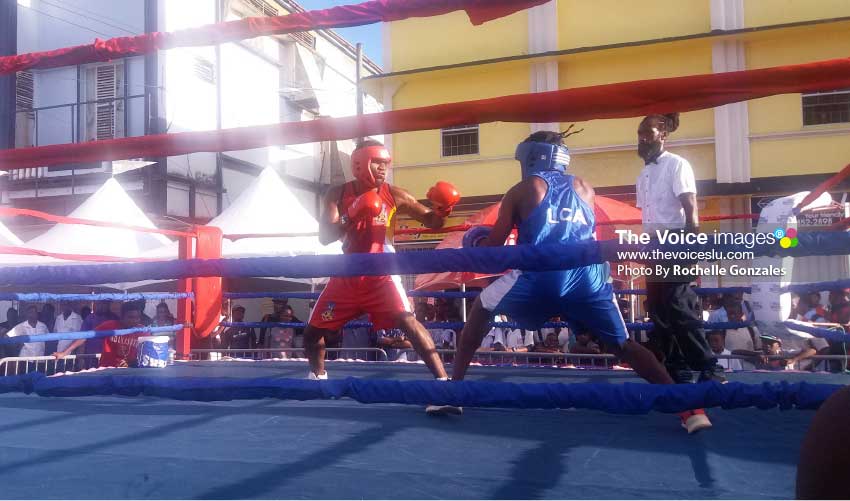 THE tenth annual Caribbean Wellness Day was observed in grand style last Friday, allowing St. Lucians to remember, celebrate and to look after their health. Friday’s observance took the form of a health fair, held in William Peter Boulevard from 10:00 a.m. to 6:00 p.m.

This year, organisers decided to make the youth their focal point, with 16 to 29-year-olds their target audience, since people who fall within this bracket are in the critical years of their lives to reinforce or attain healthy behaviours and states of health. Also, people within that range are at the best point in lives to reverse poor health habits as well as the regional non-communicable disease (NCD) epidemic.

Public Health Nursing Supervisor of the Community Health Nursing Service, Benedicta Payne, said the occasion was mandated by the CARICOM Heads of Government in 2007, when they made a declaration to combat NCDs.

“This is one of the avenues they thought would be okay to use so that we would raise awareness among the population in trying to get them to prevent these diseases, namely, diabetes, hypertension, cancers and respiratory illnesses,” she said.

During this time of year, various organisations are asked to collaborate and participate and Payne said the hopes for the grand fair include people realising and trying to change their behaviour by exercising regularly, eating healthier, and cutting out excess fats and fast foods.

She said it is also hoped that people already afflicted with these diseases learn to manage and control their health.

The fair featured an opening ceremony with the Minister for Health, Mary Isaac, in attendance. There was also an array of booths offering different information on a wide range of health issues.

Some of these booths offered advice on checking blood pressure and other vitals, sexual health, a local Granola booth, a sea moss booth, and the St. Lucia Marketing Board’s booth offering a display of fruits and vegetables.

Evan’s booth, which featured a beautifully set up display of his products, was by far one of the most popular choices.

Evans said: “I’m sending a message out there to my people — let’s stick with nature. Let’s eat fruits, you know, the healthy stuff. It will be a good thing for us in the long term.”

Evans’ list of fruits and vegetables used for his smoothies knows no bounds and including fruits such as mangoes, soursop, bananas, ginger, cinnamon and vegetables like carrot and celery.

The smoothie master said his product has numerous health benefits. One example he gave was: “Some of them are good for inflammation, like the ginger root. Soursop is said to fight cancer, and the list goes on. It’s all very good.”

Towards the latter part of the event, visitors to the fair were all treated to an Amateur Boxing Tournament, which saw some of the island’s promising talents taking to the ring.

The theme for this year’s fair was “Healthy Living, A Lifetime Investment – Let’s Get Moving For Health”. The youth-focused slogan was “A Brighter Future For Our Youth.”