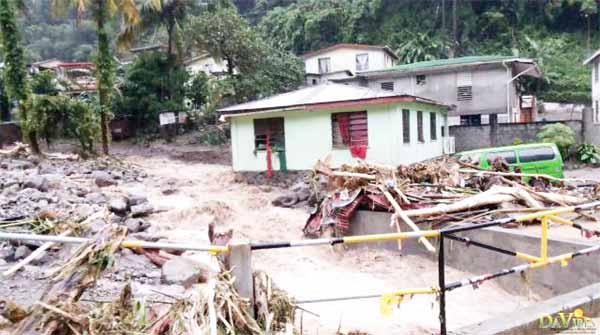 Preliminary calculations of the payments for all six countries are shown below and will be received by the countries within 14 days of the event as mandated by CCRIF’s operational guidelines.

CCRIF continues to assess if any excess rainfall (XSR) policies of its member countries were triggered by the rains from Hurricane Irma. Countries may possibly receive a second payment under their XSR policies. The assessment for XSR policies takes a few days longer than the assessment for TC policies, which are based on wind and storm surge.

Payments on CCRIF members’ Tropical Cyclone policies due to Irma (in US$)
(September 9, 2017)

It is important to note that for both Haiti and The Bahamas, their TC policies were not triggered by Irma. However, the payments that are due to both countries are based on the Aggregate Deductible Cover (ADC). At the start of this policy year, CCRIF introduced the ADC as a new policy feature for its members. The ADC represents a means by which CCRIF can help its members when modelled losses fall below the attachment point but where there are observed losses on the ground.

CCRIF’s parametric insurance policies for earthquakes, hurricanes and excess rainfall are insurance contracts that make payments based on the intensity of an event (for example, hurricane wind speed, earthquake intensity, volume of rainfall) and the amount of loss calculated in a pre-agreed model caused by these events. Losses are estimated using a model based on wind speed and storm surge (tropical cyclone policies), ground-shaking (earthquake policies) or amount of rainfall (excess rainfall policies). Hazard levels are then applied to pre-defined government exposure to produce a loss estimate.

Payment amounts increase with the level of modelled loss, up to a pre-defined coverage limit. Therefore, payments can be made very quickly after a hazard event. This is different from traditional indemnity insurance settlements that require an on-the-ground assessment of individual losses after an event before a payment can be made – a process that can often take months.

Thus, a key advantage for governments in having CCRIF policies is the immediate access to liquidity which is critical for countries post disaster. The international community provides ex-post relief, which can take between 4 and 12 months to mobilize. Government borrowing and budget reallocations also take time.

CCRIF members consistently indicate that these rapid payments are an invaluable benefit of membership. Almost immediately after an event, CCRIF is able to inform countries if policies were triggered and, if so, the approximate payment amount. These infusions of cash within two weeks after an event are critical for immediate repair and recovery activities.

Between 2007 – when CCRIF was formed – and 2016, the facility made 22 payments to 10 member governments totalling approximately US$69 million on their tropical cyclone, earthquake and/or excess rainfall insurance policies. These new payments following Irma bring the total payments to almost US$100 million.

Four of the countries receiving payments under their TC policies following Irma – Anguilla, St. Kitts & Nevis, TCI and Haiti – have received CCRIF payments in the past. This payment would be Anguilla’s third and the second for both St. Kitts and TCI. In fact, in 2008, one year after CCRIF was formed, TCI received a US$6.3 million payment following the impacts of Hurricane Ike and in 2010, Anguilla received a payment of US$4.2 million for Hurricane Earl.

St. Kitts received its first payment in 2014 of a little over US$1 million under its excess rainfall policy following a trough system that passed over the island. In 2016, Haiti received CCRIF’s largest single payment to date — US$20.4 million — under its tropical cyclone policy for Hurricane Matthew and also received a payment of approximately US$3 million under its excess rainfall policy. Haiti has received three payments from CCRIF since its inception – excluding this current payout under the ADC.

Governments that have received CCRIF payments have used them in a variety of ways to assist with post-disaster relief, including clean-up, such as clearing of debris and fallen trees that oftentimes block critical roadways; repairing critical infrastructure, e.g. roads and bridges; and providing general budget support, including covering the salaries of key emergency personnel.

For example, following the passage of Hurricane Matthew in 2016, the government of Haiti reported that it was able to help 1.4 million people affected by the devastating hurricane with about 50% of the CCRIF payment which totalled US$23.4 million. Some of the uses of the funds included provision of food and shelter; purchase of medication, especially for children; unblocking of main roads; and the purchase of tarpaulins for over 18,000 houses in the south of the island.

Smaller countries, such as those in the Caribbean, and most small island developing states with high debt burdens, can no longer afford to self-finance disaster risk. Ex-ante financing/pre-disaster financing instruments, such as those offered by CCRIF, are a key part of countries’ fiscal policy and disaster risk management policies – enabling governments to advance debt sustainability by reducing public debt and sources of macroeconomic instability by obtaining quick financing for rehabilitation after a disaster.