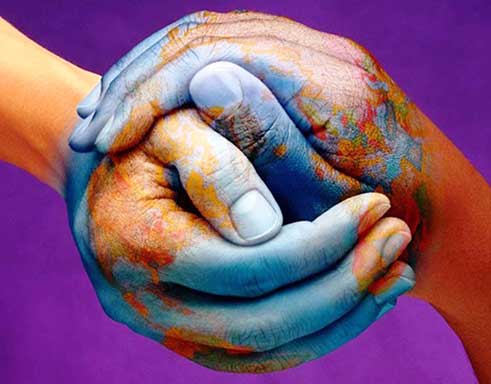 PRESS RELEASE – IN 1981, the United Nations declared September 21 as the International Day of Peace.

Annually, people from across the world stop to recognize this day, raising their voices as they move to promote sustainable peace, countering violence and building community resilience.

This year’s theme, “Together for peace, respect safety and dignity for all”, honours the spirit of togetherness.

CYPAN, a youth-led network sanctioned through the Commonwealth Secretariat, allows young people the opportunity to stand together as they utilize their transformative powers to mobilize individuals, creating awareness as we move away from the victim-versus-perpetrator dichotomy to youth who serve as bold agents inspiring peaceful change.

As we know, today’s youth population is the largest the world has ever known. Many of these young people reside in conflicted areas, yet these youth can be seen at the forefront of campaigns making a positive contribution to the youth4peace movement.

As we celebrate this year’s International Day of Peace, CYPAN calls on the citizenry to pay close attention to the United National Security Council Resolution 2250 which calls for “The Four Ps”, namely:

Participation – increased inclusive representation of youth in decision-making at all levels;

Protection — ensuring the protection of young civilians’ lives and human rights in contexts of conflict, investigating cases and prosecuting those responsible for crimes perpetrated against youth;

Prevention – facilitating an inclusive and enabling environment where youth from different backgrounds can foster social cohesion and receive support to implement violence prevention activities; and

Partnerships — increasing, as appropriate, political, financial, technical and logistical support that take account of the needs and participation of youth in peace efforts in conflict and post-conflict situations, including those undertaken by relevant entities.

CYPAN adds its voice by making several calls on the various stakeholders.

We call upon the government: tosensitize citizens on their expected roles and responsibilities of ensuring their own safety and security as well as their neighbours and the existing country’s mechanisms for protecting them.

We call upon our leaders: The Governor General, Prime Minister, Opposition, President of the Senate, Speaker of the House of Assembly, Members of Parliament, Senators, Permanent Secretaries and other leaders to be united in saying an absolute no to violence.

We call upon the police force: to fully maintain law and order giving due priority to cases of violence and dealing with alleged perpetrators appropriately.

We call upon the judiciary: to ensure that justice is served in a timely manner.

We call upon faith-based organizations: to institute programmes of action to shift insensitive ideologies and practices among their followers.

We call upon citizens: to continue to publicly condemn such acts of violence, reporting cases of violence as survivors or as witnesses and demand justice also averting to constructive avenues for conflict management.

It takes one issue to influence a heightened increase in the alarming rate of crime and violence, hampering our own safety. However, it takes an individual, family, community and society to challenge the status quo, fostering positive, sustainable change.