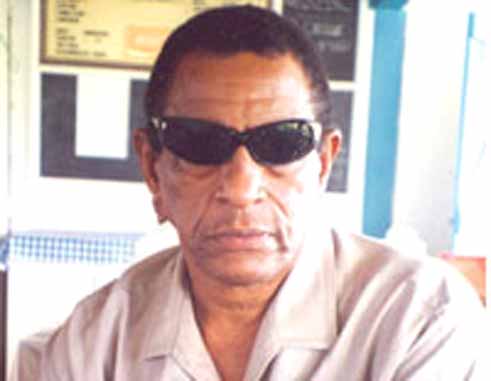 PRESS RELEASE – THE family of the late George Odlum and the George Odlum Memorial Celebration Committee announce the third annual lecture for St. Lucian politician and minister of government, George Odlum, to be held on Wednesday, September 27, at 6:30 p.m., at the CDF Conference Room, Barnard Hill, Castries.

The lecture will be delivered by Tennyson Joseph, PhD, Lecturer in Political Science at the UWI Cave Hill Campus, Barbados. Dr. Joseph is also Head of the Department of Government, Sociology & Social Work at Cave Hill.

The title of Dr. Joseph’s lecture is “Electorally Compromised Class Suicide: An Appraisal of the Political Praxis of Bro. George Odlum and its lessons for the Present”.

Coordinator of the Lecture series, Jerry George, said this year’s lecture will touch on yet another area of Odlum’s expansive public life and his personal interests.

“So far, we have looked at George Odlum as an international public servant and as an artist. We want to focus on the core of his contribution to politics in Saint Lucia and delve into his style of political discourse and mass public engagement through trade unionism.”

George added: “We will continue to highlight the multi-sided talents of a complex man who did well in the service of the people of St. Lucia.”

The lecture and other activities are open to the public.

There will also be the customary church services in remembrance of George Odlum at the Minor Basilica of the Immaculate Conception, Castries on Thursday, September 28. This will be followed by a visit by family and well-wishers to Odlum’s gravesite at Choc Cemetery where there will be a short ceremony and the laying of a wreath in remembrance of Odlum. Another service will be held at the St. Joseph the Worker R.C. Church, Gros Islet, at 6:00 p.m.

Tomorrow, the Committee will launch essay writing and oratory competitions to start plans in 2018 for the fifteenth anniversary of Bro. George’s passing.