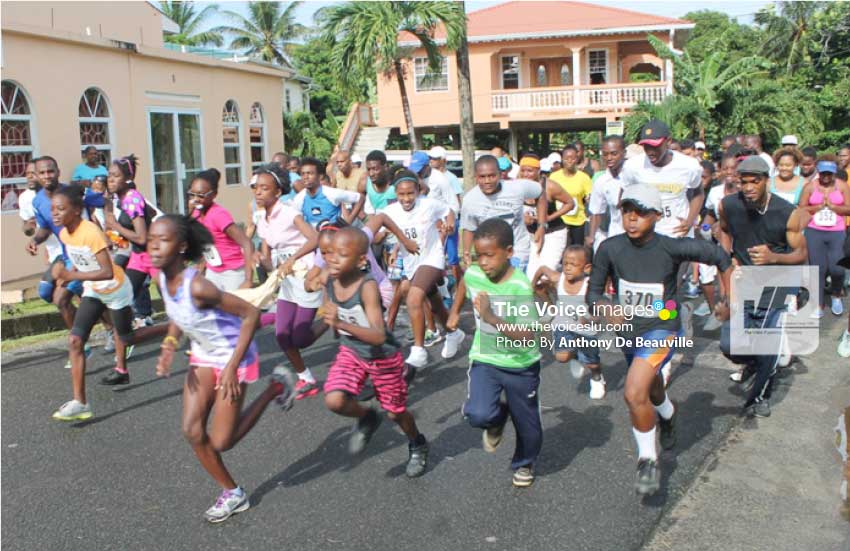 WITHOUT a doubt, it is a cause worth running for as the fourth annual La Feuille Pentecostal Church’s “Run for Jesus” road race takes place next Monday (October 2) under the theme “Promoting Healthy Lifestyle”.

The 4-kilometre race is scheduled to start from 7:00 a.m. at the La Feuille Pentecostal Church, through to Daren Sammy Cricket Ground, Bella Rosa, Blue Waters, and Gros Islet Fire Station onto the Gros Islet Highway to Sandals Grande near the historic and picturesque Pigeon Island for the finish.

According to organizers, over 100 runners representing a number of Pentecostal churches will compete against each other.

“The Race is not just about planning a great event, but it is to underscore that physical activities were critical to health and wellness,” one of the organizers, Judith Murraine, told The VOICE. “The race should be used as a catalyst to galvanize members, especially the young people, as they, too, have a role to play to recognise the importance of changing their lifestyle when it comes to their health.”

Murraine said she expects keen competition from the athletes and an improvement on times with Ossie Augustin, the defending male champion, and female champion, Terry Hunte, who finished second to ThomykaValcin. She also expects the other athletes to put up a strong challenge against Augustin and Hunte.

Meanwhile, a new female champion will be crowned this time around as three-time winner Thomyka Valcin will not compete as she is recovering from recent surgery. Valcin also holds the record over the distance — 35 minutes and 49 seconds (2015). In the male category, the time to beat is 28 minutes and 45 seconds set by Stanley Cherry (2013).