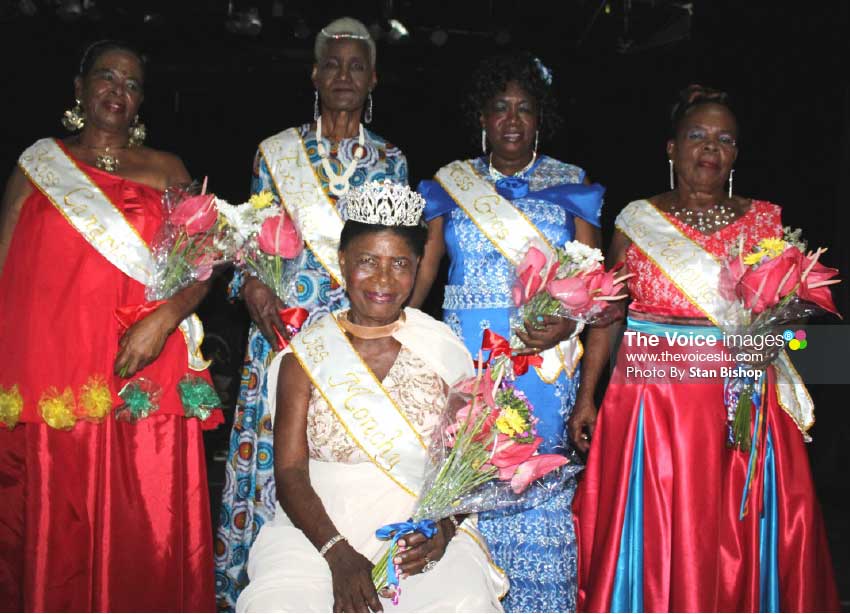 SEVENTY-FOUR-YEAR-OLDMonchy resident, Julia Mathurin, walked away with the title when the Council Of and For Older Persons held its Golden Pageant – “Elegance At Its Best” – at the National Cultural Centre (NCC) on Sunday.

Scores of patrons turned up for the thrilling event which saw five contestants prove that not only is age nothing but a number – but that their talents and messages still shine and can still inspire, motivate and change a society.

The other two contestants were Martina Mitchell, 67, of Canaries and Catherinette Ernest, 73, of Mabouya Valley (she won Most Photogenic).