MICOUD are champions of Blackheart Production’s Champion of Champions one-day tourney following their 1-0 win over Babonneau on Saturday evening at the Phillip Marcellin Grounds in Vieux Fort.

In front of a huge crowd of football fans, Micoud found the back of the net through Dwayne Mason in the 30th minute to give the eastern team the advantage going into halftime break.

Some even more exciting football by both teams dominated the second half but the scoreline remained the same with Micoud taking home the $5000 prize.

Going into the semifinal round, Micoud defeated Dennery 4-2 on penalties, thanks to some scintillating goalkeeping by Noah Didier. In semifinal No. 2, Babonneau defeated Gros Islet by a similar margin after the scores were locked at 1-1 at the end of regulation time.

In game No. 4, Dennery booked a semifinal spot as they defeated Canaries 6-5 on penalties. After regulation time, the scores were locked at nil-all.

Defending champions Vieux Fort South were a shadow of themselves on home turf as they bowed out of contention against Micoud. The halftime score was nil-all. Going into the second half saw both teams up the tempo a few notches, but 2015 champions Micoud nosed ahead midway into the half through Shane Paul to give them the win.

In the opening encounter, three-times champions, Mabouya Valley, were the first team to be booted out of the competition. The boys from the valley took on Babonneau in a cracker. Donicious Inglis’s goal put Babonneau in the lead in the 17th minute of play and that’s all Babonneau needed to secure the victory and a semifinal berth.

Meanwhile, with eleven days to go before the grand opening of this year’s tournament at the Phillip Marcellin Ground, a number of teams will be in action throughout this week in a series of friendlies. 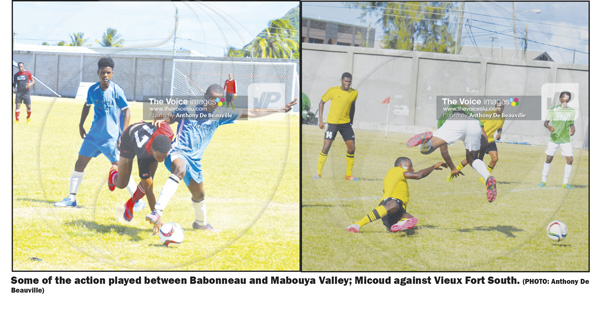 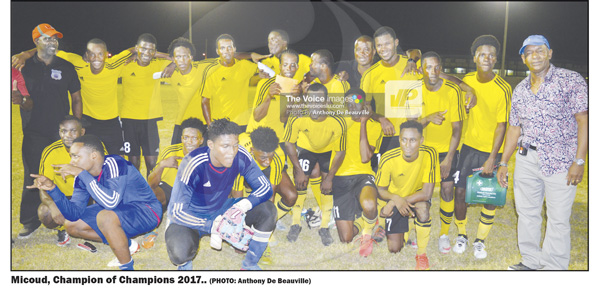 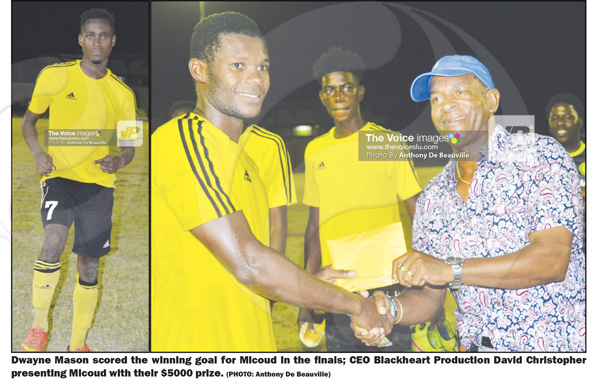