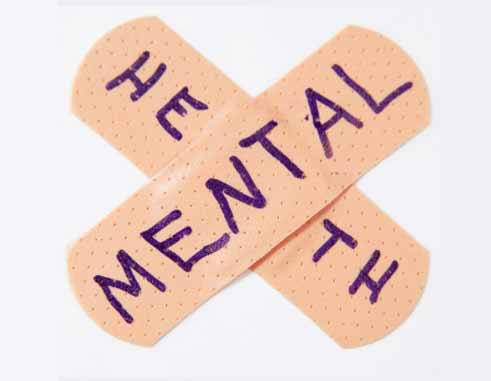 PRESS RELEASE – SEPTEMBER 10 marked International Suicide Prevention Day. Rather than solely creating awareness, the day presented an opportunity for organisations and regular people around the world to do all they could to share love, comfort and encouragement with the more vulnerable in the hope of saving a lives.

This month, the Caribbean Women Honours and Empowerment (CWHE) Saint Lucia chapter recognized the observance by embarking on a suicide prevention social media campaign. As part of the campaign, an amplified effort was made by members of the recently-launched organisation to spread messages of hope, strength and comfort.

Cashama Charlery, Communications Coordinator of CWHE Saint Lucia, said that although the objective of the ongoing campaign is to sensitize the community about the harsh reality of suicide, its primary objective is to transmit messages of togetherness in a society that has increasingly become segregated.

“At the mere mention of suicide, many thoughts of despair and sadness run through our minds,” Charlery said. “It might have been that maybe at one point in our life we considered that things were too hard and that we could not go on or perhaps we have a friend or loved one who took their own life. This is a very real issue, particularly now. We felt the need as a body with a focus on the empowerment of women, and the empowerment of people, to infiltrate social media in particular, at least for a start, where some of the negative and discouraging narratives sometimes originate.”

The organisation’s campaign has seen a host of videos, songs, photos and inspirational messages being shared by chapter members and other supporters. A special interview was conducted with Life Coach Cheryl Loctor, who is CWHE Saint Lucia’s Diversity and Inclusion Specialist. Loctor provided enlightenment on suicide warning signs and information on how to help. The video can be seen on the organisation’s Facebook page.

“What really came out of the campaign was a lot of our members identifying with feelings of depression, saying they’d been there before,” Charlery said. “This is much more common than people think and that is why we should be there for people if we can. We should try to listen and provide support. If you’re not able, encourage that person to seek counselling.”

She added: “I think it’s important for people to realize that everyone’s journey is different. Sometimes we just need to be patient with ourselves and life and understand that this too shall pass. Other times, we need to speak to someone we can trust, who will listen and help us deal with what we are experiencing. With that said, we need to pay more attention to mental health in Saint Lucia.”

Overall, the chapter is satisfied with the impact of the campaign thus far, but saddened by news of three suspected suicides on the island last week alone.

“The losses were truly heartfelt and we really want to send our condolences to the families,” Charlery said. “These were all real people with real struggles. We need to be more empathetic as a society.”

The CWHE’s social media suicide prevention campaign runs through to the end of September. Persons interested in submitting contributions are asked to email cwhestlucia@gmail.com.

About the Caribbean Women’s Honors and Empowerment
The Caribbean Women Honours and Empowerment (CWH&E) operates under the umbrella of the Black Women’s Honours and Empowerment (BWH&E), an initiative of the Diversity Advancement Network. Through global and chapter initiatives, the body hopes to execute over 100 charitable endeavours annually. With the new Saint Lucia chapter added to the list of regional endeavours, CWH&E looks forward to recruiting new members who are passionate about empowering women and, by extension, empowering the community.