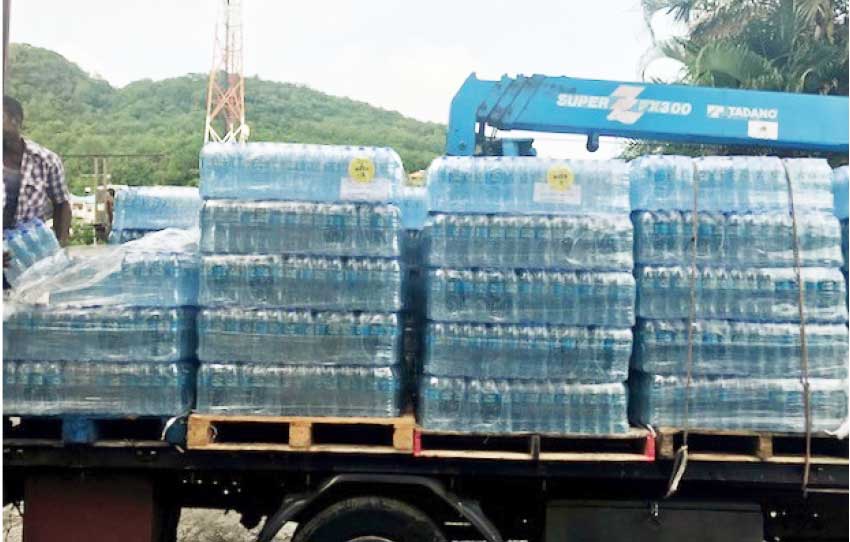 PRESS RELEASE – IN the past few weeks, the Caribbean region has been rocked by two of the strongest hurricanes ever in this part of the world, striking within days of one another, and visiting still untold devastation on more than half a dozen territories.

But the storms have given Caribbean people a reason to rally around each other as the task of rebuilding gets underway in the Commonwealth of Dominica, Antigua and Barbuda, British Virgin Islands, Anguilla, Bahamas and Turks and Caicos Islands, among others.

Saint Lucia is being used as a hub for relief efforts to support Dominica in the wake of Hurricane Maria and Flow Saint Lucia has stepped up big time. Within 24 hours of the all-clear, an initial shipment of essential supplies had been prepared for our sister island, including water, canned foodstuff, tarpaulins, blankets, diapers and sanitary napkins. Also on that chartered vessel were generators as well as a satellite phone for use by the air traffic control at Canefield Airport.

The shipment, which was followed by a second batch of supplies on Thursday, was accompanied by design engineer specialist, Irvin Marcellin, who played a big role in helping restore communications within the Nature Isle. Thanks to the effort of the Flow team, Dominicans have been able to assure their friends and family of their safety and paint a fuller picture of conditions there.

In addition, Flow has begun a collection drive for food, water, essential supplies and lightly-used clothing to be taken up at Flow outlets in specially-marked receptacles.

From a regional standpoint, last Wednesday, the launch of the Cable & Wireless Charitable Foundation was announced. The Foundation is a non-profit organisation dedicated to providing relief and humanitarian support to islands affected by hurricanes.

In order to make a contribution of US$1, all a Flow mobile customer has to do is text the word GIVE to the number 2300 and that amount with be matched by Flow. The Cable & Wireless Charitable Foundation has been launched with a US$500,000 donation from C&W Communications.