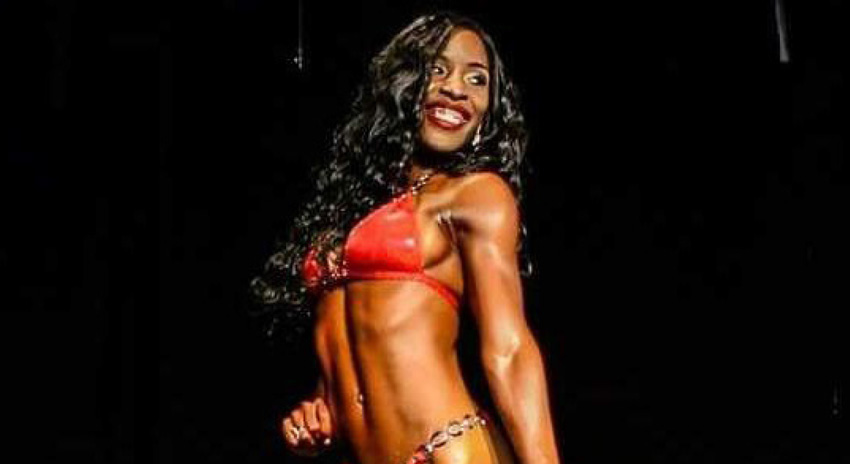 LAST WEEKEND, 20-year-old Rocheal Philip emerged as the women’s bikini fitness champion in the Saint Lucia Amateur Bodybuilding and Fitness Association’s national championships. This came just a year after she got into the sport, which she took up to improve her fitness.

A member of Morne Stars Athletics Club, Rocheal is originally from Debreuil, Choiseul. She spent a year in England in her mid-teens before returning home. She explains how her interest in bodybuilding developed and what the transition was like from athletics.

“I always liked seeing a toned woman,” says Rocheal. “Also, I’m addicted to fitness, so I just decided to give it a shot. When I stepped on stage the first time, my love for that just grew. To me, it just flowed from athletics to fitness competition, one into the next so easily.

“As a long distance runner, I was already doing a lot of cardiovascular conditioning, and I just added in the weights and body weight training. Plus, being in the gym helped me focus on maintaining a proper diet, which is essential for bodybuilding.

“I would definitely advise track and field athletes to get into bodybuilding and fitness competition, especially fitness. If you are doing athletics and training for fitness, you will put more into it. It will boost your love for training and fitness. Plus, most track athletes already have a great physique!”

Speaking of athletics, Rocheal says that although her immediate priority is preparing for September’s Central American and Caribbean (CAC) Championships in Mexico, you can look out for her on the road and on the tracks next season.

Fundraising is her main priority as sponsors are needed to help underwrite the trip to Mexico. But as she harbours dreams of one day becoming a professional fitness competitor, Rocheal is also excited about linking up with her track club in the coming months.

“Morne Stars is the best club, for so many reasons. We’re active on social media and the club members support each other on and off the track. They’ve really been there for me. I like the fact that the members are always training, and it’s made up of a group of serious athletes,” she said.