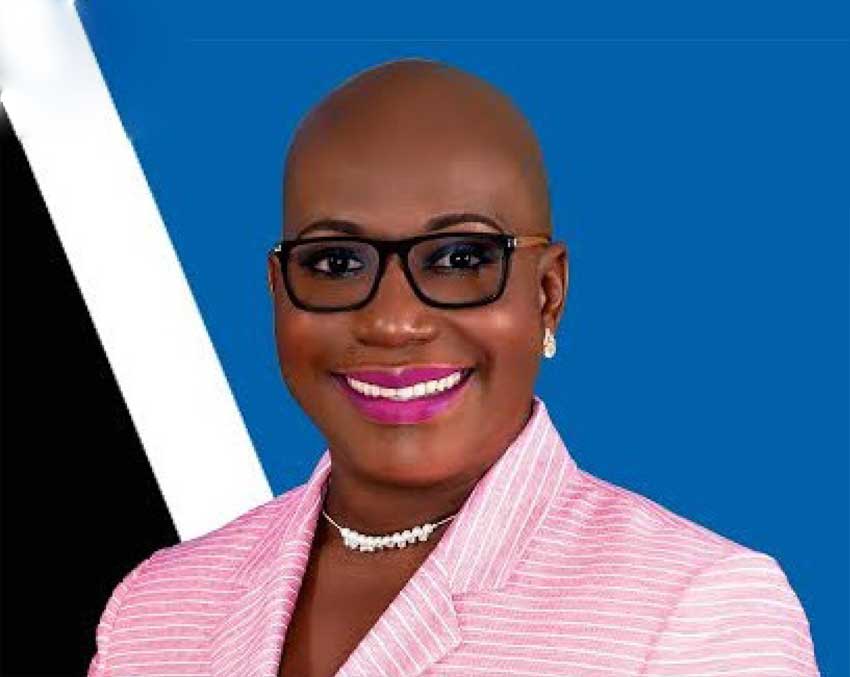 Education Minister, Dr. Gale Rigobert, has described the hiccups experienced at last week’s start of the new school year as “regrettable” and points to the need for introspection regarding the problems encountered.

“I think given what has unfolded over the past week, the time is now ripe for critical review and introspection regarding the processes, the protocols that govern the maintenance and rehabilitation of schools,” she said yesterday at a pre-Cabinet press briefing.

Her remarks came on the heels of those of the Chief Education Officer, Marcus Edward, who just last week absolved the Ministry of Education from any transgressions related to the readiness by some schools for the opening of the new school year.

At least one school in Castries, the Ava Maria Girls School, was deemed unfit for school last week, as the infrastructural works needed to be done at the school before it reopened were incomplete.

This was pretty much the same for other schools across the country. This unpreparedness of some schools for their reopening has been a perennial problem, including incomplete infrastructural works at schools, shortage of teachers and teaching materials and school furniture.

However, the biggest problem facing education authorities each year is finding the money for infrastructural works at schools. The sums allocated for the works are always far below required amounts, resulting in the fiasco experienced at the commencement of each school year.

Edward said the responsibility for infrastructural works at schools was that of the Ministry for Infrastructure, not the Ministry of Education, noting that all the Education Ministry does in that regard is to identify the needs of each school. He also lamented the inadequate amounts of money allocated to school repairs.

Dr. Rigobert seems to be on the same page as Edward, telling reporters yesterday that to undertake any type of meaningful and impactful rehabilitation of schools, tens of millions of dollars would have to be injected into that project.

“On assuming office in June of last year, and after having visited a couple of schools and having perused some of the infrastructural audits that came before me, it became immediately obvious  that successive governments have not allocated sufficient financial resources to  meet the repair needs of schools,” she said.

According to the Minister, this inadequacy in the budget for school repairs is forcing her Ministry and sister agencies involved in school rehabilitation to prioritize, something that is proving to be a near impossible task “given that there were so many schools and there are still so many schools in dire need of repair.

“It has become necessary, therefore, recognizing fully that the budgetary allocation for school repair is woefully inadequate, that the Prime Minister and his team will have to explore extra budgetary sources of finance so as to meet the cost of repairs,” Dr. Rigobert said.

She said that as Minister responsible for Education, she had also been forced to consider other sources well outside of the traditional purse.

“In that regard, we have written to the National Lottery, the NIC, our sister agency — Economic Planning — where we know there are still some resources available under the DVIP programme or project. By the end of today (yesterday), I am hoping that we can receive some indication of where the urgently-needed money will come from given we have explored three or four options,” she said.

She added that she will have to impress on the Minister responsible for Finance and her other  colleague ministers that they will have to become very innovative and creative to source the money that “we need to make it safe and habitable so our students at least can sit in a comfortable environment where learning and teaching can take place.”