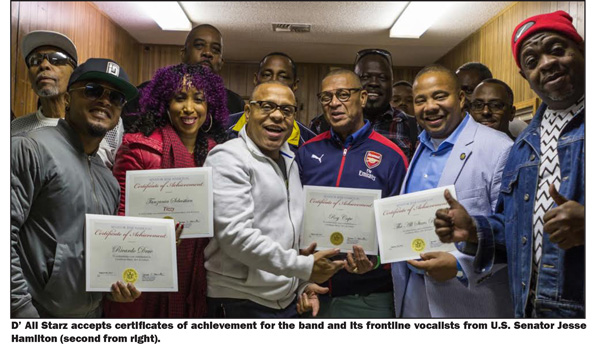 CARNIVAL celebrations in New York for this year’s Labor Day weekend bore special meaning for D’ All Starz as the veteran Caribbean music band and its frontline vocalists were formally recognized and praised as cultural ambassadors by the New York State District.

The band, now in its 37th year of existence, was presented with certificates of achievement following an electrifying feature performance that closed the highly-anticipated Brass Fest at the historic Brooklyn Museum.

The event was held on Friday evening and hosted by the West Indian American Day Carnival Association (WIADCA), which is celebrating its 50th anniversary this year.

Glowing commendations came from Senator Jesse Hamilton, who is the representative for the 20th Senate District in New York, and has been an advocate for continuing the longstanding tradition of celebrating Caribbean culture in the Empire State.

In thanking the band for its contributions, the statesman said: “This is the 50th anniversary of celebrating Carnival in Brooklyn. It’s about keeping our Caribbean legacy alive. Many people have tried to attack our legacy — gentrification in our neighbourhoods — and I will put my life on the line to protect our heritage. To D’ All Starz band: thank you for keeping our heritage alive.” 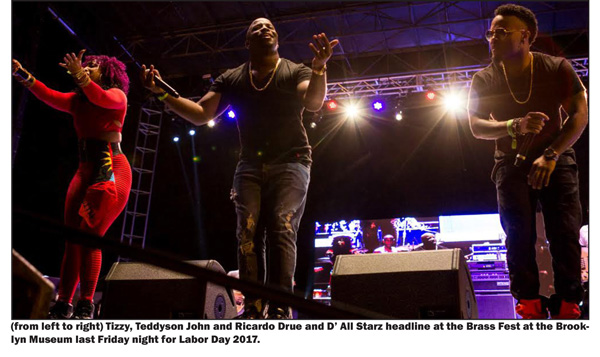 The recognition came as the band continues to be a popular staple in the soca scene in the region as well as the diaspora, with recent sold-out Carnival performances in The Bahamas, Bermuda, British Virgin Islands and Grenada for “Spice Mas”.

One of the frontline singers for D’ All Starz, Teddyson John, commended Senator Hamilton and the West Indian American Day Carnival Association (WIADCA) for ensuring that soca artistes continue to have a place in the historical landscape of Caribbean culture in the United States.

“WIADCA has really helped to bring the Caribbean together over the years, especially during Labor Day. As a St. Lucia-born artiste, it’s an honour for me to be recognized by Senator Hamilton and to be a part of the 50th anniversary celebrations with my brothers and sisters in music. With (Ricardo) Drue, Blaxx, Tizzy, myself and the entire band, we are all here for one purpose — to take soca music and our culture forward.”

D’ All Starz is expected to return to New York in March of next year as part of the “Then And Now” World Tour, which kicks off January 1, 2018. 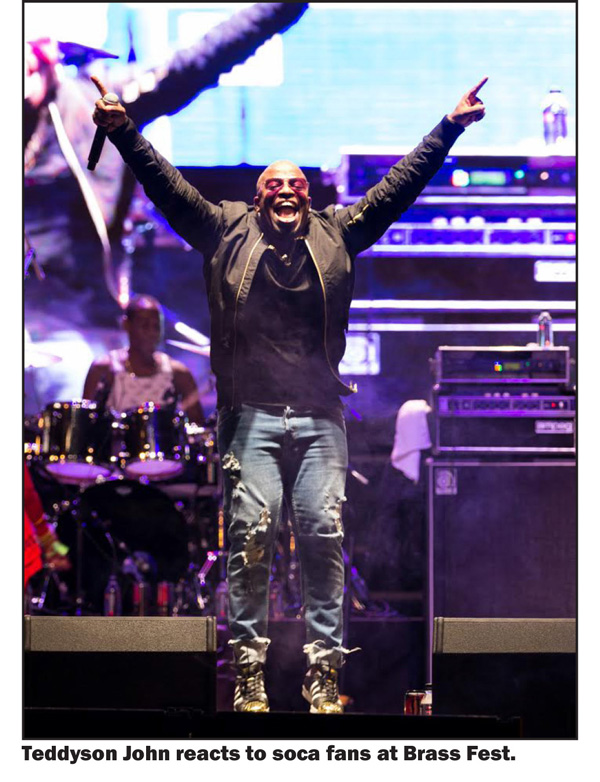