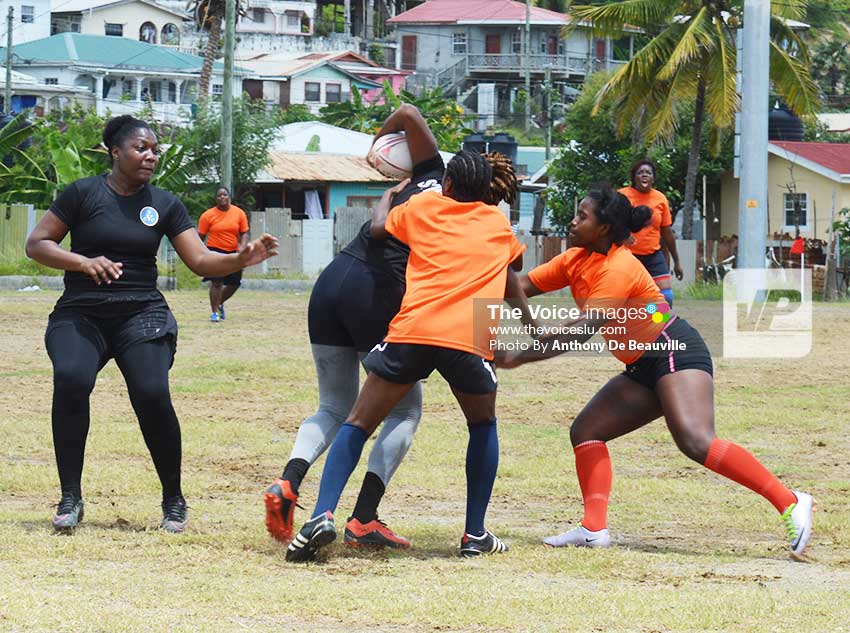 WITH the threat of Hurricane Maria looming in the air last Sunday, there was uncertainty as to whether the third leg of the Community 7s Rugby Tournament would take place.

However, the sun finally came out in all its glory and the Saint Lucia Rugby Football Union (SLRFU) was able to host the showpiece and ensure that the players got home safely following their event.

The matches were played under the scorching heat and a terrible outfield at Dennery, resulting in the teams failing to execute their game plans properly.

Despite the poor conditions, the female teams — VBCC Stingers Rugby and Whiptail Warriors Rugby Football Club — were able to play impressive matches that held the attention of a few spectators present. This time around, however, Warriors improved their defending ability as they made it difficult for Stingers to score the only try of the first match to win 5-0.

In their second encounter, the Stingers ladies were down by two tries (10 points) in the first half, but revived in the second half scoring two tries. Stingers won the second match by a conversion (12-10).

In the male division, Rogues RFC continues to be undefeated. But it did not come easy on the day. The Warriors held their ground against Rogues, defeated only by one try (19-14).

Stingers’ backline made it a tough win for Rogues (26-14), who were able to block passes to the opponent’s sprinters.

The encounter between Warriors and Stingers was won by the latter in the last 2 minutes of the game when Ron Eugene scored a try and a conversion — 7 points.

The top performers at the weekend were Kameka President of VBCC Stingers and Ervin Joseph of Rogues RFC.

The final in the series will be held today at the La Clery playing field from 10:00 a.m.