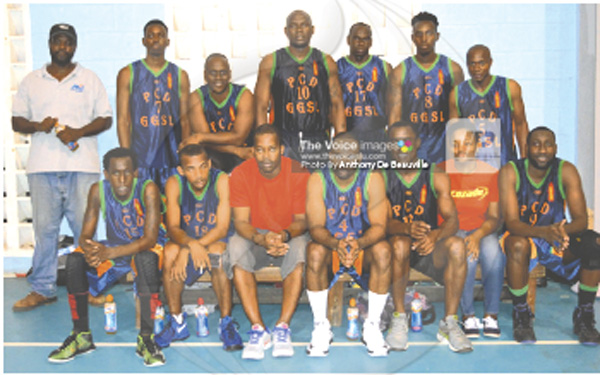 The fifth edition of the Chamber of Commerce Commercial Basketball continues this evening at the Beausejour Indoor Practice Facility with an exciting double-header.

Day three of the tournament will see WASCO take on Lewis Industries from 6:00 p.m. while Saint Lucia Teachers Union play the Media Association in what is expected to be an entertaining card at 8:00 p.m.

In day two of the tournament played last evening, Sandals took on Digicel at 6:00 p.m. and in the battle for bragging rights between the uniformed forces, St. Lucia Fire Service and the Royal St. Lucia Police Force squared off.

Meanwhile, the KFC Commercial Basketball officially served off on Wednesday evening at the BIPF with defending champions Peter and Company Distribution/Goddard Group taking on Financial Services in the only game played on the evening.

The Financial Services team, despite playing the entire game with only 5 players, led 6-5 at the end of the first quarter and 20-19 at the halftime whistle.

After the break, it was all PCD/Goddard Group of Companies as they went on to score a 10-0 run, and at one time led by as many as 14 points in the third quarter.

In the final quarter, Financial Services, with two of their players suffering with cramps due to dehydration, were still able to reach within 1 point of PCD with only two minutes remaining on the clock. Unfortunately, they missed two easy shots, allowed PCD to convert into fast break points.

The KFC Player of the Game, Andre Louison, led PCD/Goddard Group with 20 points, 14 rebounds and 3 steals; his brother Troy chipped in with 11 points, 6 rebounds, 3 steals and 5 assists.

For Financial Services, Kurt Hyacinth led the team with 15 points and 5 rebounds and Raheem Auguste scored 12 points and 4 steals.