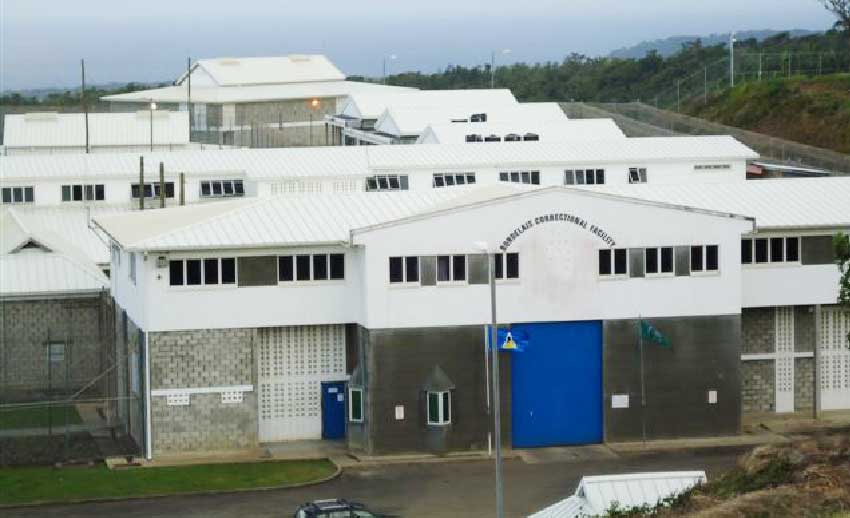 ASSURANCES that the Bordelais Correctional Facility (BCF) could easily accommodate up to 50 prisoners from countries in the northern Caribbean ravaged by Hurricane Irma have been given by BCF’s Acting Director of Corrections, Vern Guard.

Guard told The VOICE this week that the prison’s population had drastically reduced from 674 inmates in June 2015 to 518 as of last week, the lowest in 11 years.

He attributed the decrease in the prison’s population to the tactics employed by the facility’s management team, including working together with the relevant units in dispensing justice.

His assurances dovetails with those of Prime Minister Allen Chastanet who, last week and during last Tuesday’s sitting of the House of Assembly, declared that BCF could comfortably house the prisoners while their transfer from the hurricane-ravaged countries will be carefully worked out.

Chastanet on Tuesday told the House that the ministry responsible for security on the island, the police force and BCF management had all assessed the situation at BCF and concluded that it could safely house up to 50 prisoners.

“The Prime Minister is accurate when he said we can comfortably house the prisoners,” Guard said.

To date, the offer by the Prime Minister to house foreign prisoners here temporarily has been taken up by the Turks and Caicos Islands (TCI), which has identified three prisoners for transfer.

“So the Government of St. Lucia has agreed at the request of the British Government to take in three prisoners (who) will be coming from the Turks and Caicos,” Chastanet said in the House. “I have consulted with the Commissioner of Police and the Minister for Security, as well as with the staff of Bordelais.”

Chastanet stated that the initial inventory was that if needs be, BCF has the capacity to house 50 prisoners at least on a temporary basis.

“Let me take the opportunity to assure all St. Lucians that your security is not being put at risk. But I think this is the humane thing for us to have done at a time when our brothers and sisters and our friends and family need us the most. It is most important for us to stand up and be counted,” Chastanet said.

Chastanet, as Chairman of the Organization of Eastern Caribbean States (OECS), over the past weekend visited the countries affected by Hurricane Irma. Accompanying him on that trip were Prime Minister of Dominica, Roosevelt Skerrit; Director General of the OECS Commission, Dr. Didacus Jules; Director of and Economic Planning Minister Guy Joseph; and Director of NEMO, Velda Joseph.

Chastanet explained that the situation in countries affected, such St. Martin, St. Maarten, Barbuda, Turks and Caicos Island, Anguilla and the British Virgin Islands (BVI) was really bad. The BVI and the TCI, in particular, are encountering problems securing their prisoners, many of whom are said to be loose mingling with the general population.

St. Lucia has been doing its part in assisting those displaced by the hurricane, said to be the most ferocious in a decade.

Over the past week, St. Lucia and the Castries-based OECS Commission were able to fly 2,016 cases of 1.5-litre bottled water to Antigua on board a Venezuelan plane along with a little over 100 boxes of hygiene kits as well as ship relief supplies to St. Kitts and Nevis.