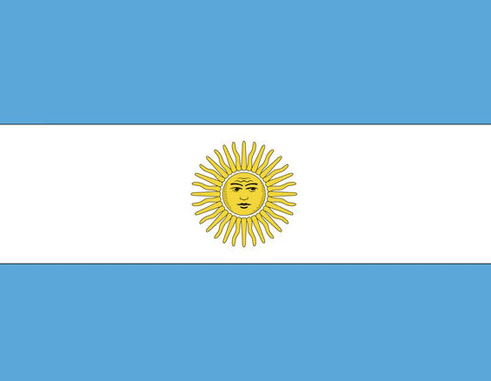 LOSING the 2016 Copa America was a heartbreaker for Lionel Messi: it was his third consecutive defeat in an international final in three seasons. That, coupled with the Argentine FA’s reported financial problems and unprofessionalism, led Messi to declare that he was retiring from international soccer.

Other players threatened to follow him. Ultimately, the players were talked into returning and attempting to qualify Argentina for the World Cup.

That hasn’t gone so well. AFA has made two coaching changes since, replacing Gerardo Martino with Edgardo Bauza, then firing him to make way for Jorge Sampaoli. Early returns haven’t been great. Argentina drew both of its matches during this international break, leaving the Albiceleste fifth in CONMEBOL World Cup qualifying. That would see Argentina drop into an intercontinental playoff for a World Cup spot. But there are three strong teams lurking behind Argentina that could still overtake it. Argentina really could miss out on the World Cup entirely.

The top four teams in CONMEBOL make the World Cup automatically while fifth place goes to an intercontinental playoff. The scenarios for Argentina failing to even make the playoff aren’t that convoluted. A draw at home against Peru and a loss away to Ecuador in the final rounds would likely see Messi and the Albiceleste miss out on a trip to Russia 2018. Here’s what the remaining fixtures look like.

While you will expect Argentina to win most of its home games, it drew at home against last placed Venezuela on Tuesday. Peru has won its last three matches in a row. Chile and Ecuador having to play each other is good news for Argentina, though, as is Paraguay facing a tough game away to Colombia.

Despite Ecuador’s loss to Peru on Tuesday, La Tri has a great record at home. Argentina often struggles at elevation, and Ecuador’s home stadium in Quito is 9,127 feet above sea level. Peru and Paraguay will like their chances of picking up maximum points at home and while an away game in Brazil should theoretically be Chile’s toughest of the tournament, the Selecao has already qualified for the World Cup. Brazil could call in an experimental team, or if its stars start, they might not be as motivated as usual.

The entire Albiceleste attack is built around waiting for Messi to make something magical happen. Players like Paulo Dybala, Mauro Icardi and Angel Di Maria are used to making plays for themselves at club level, but with Argentina they seem to stand around and differ to Messi. As Barca Blaugranes points out, Messi was involved in every single chance against Uruguay. Even with a new manager, Argentina didn’t have a plan beyond getting the ball to Messi and asking him to do everything.

The story was the same against Venezuela, with Messi’s teammates repeatedly failing to help him at all.

On paper, Argentina probably has the deepest and most talented set of attackers in international soccer. But, somehow, it has just 16 goals in qualifying, second-worst in South America. Even notoriously negative and defensive Paraguay has scored more than Argentina.

That still seems like the most likely scenario. It’s a futile exercise to map out all of the qualifying possibilities in CONMEBOL. Too many teams are still involved, so they’d be more confusing than enlightening. But there are a lot of scenarios in which Argentina can play poorly over its final two games, scrape fifth place, and then head to the intercontinental playoff.

In that playoff, the fifth-placed South American team will meet New Zealand, who it will be expected to beat handily. The Kiwis did not grab a single point at the 2017 Confederations Cup and lost 9-3 on aggregate to Mexico in the intercontinental playoff to qualify for the 2014 World Cup.

Still, it’s stunning that Argentina is even in this position. CONMEBOL has arguably the toughest qualifying tournament of any confederation, but Argentina has more good players than anyone else besides Brazil, as well as arguably the best player in the history of the sport. It should finish in the top four comfortably.