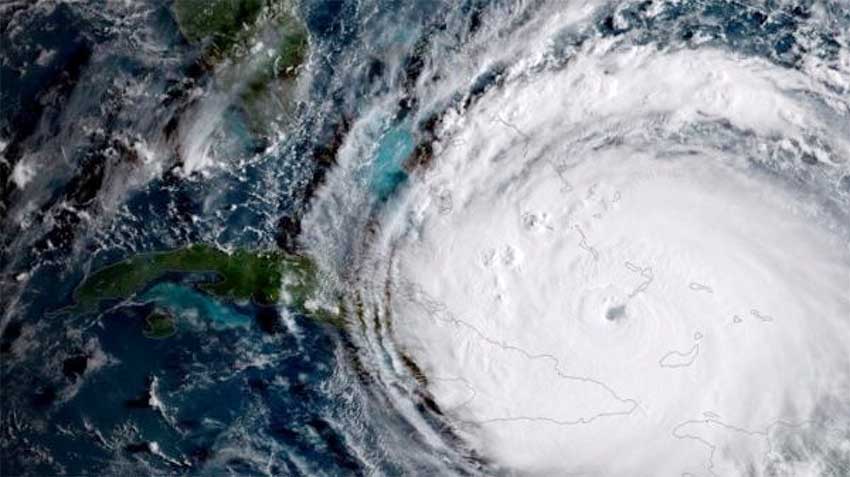 SCIENCE tells us that the recent Category 5 hurricanes Irma and Maria that devastated many islands in the Caribbean were made more ferocious by man-made climate change. Warmer seas, which increase evaporation of moisture into the atmosphere, increasing the power of a hurricane, as well as rising sea levels that lead to greater storm surges, can be attributed to a warming climate (global warming).

While small island nations, such as those in the Caribbean, are not responsible for most of the fossil fuel emissions (called greenhouse gases) that have contributed to man-made change to the climate system, these islands are certainly in harm’s way and must learn how to adapt to these changes. Recall that adaptation, simply put, is any action taken to prepare for or respond to the actual or expected adverse impacts of climate change.

The United Nations Framework Convention on Climate Change (UNFCCC), which was agreed to in 1992, currently has 197 Parties or Members. Its successor treaty, the Paris Agreement, agreed in 2015, with a current membership of 166 countries, has a goal to keep the temperature increase to well below 2°C above the values seen in pre-industrial times (when emissions were low) and also expresses an aim to hold temperature increases to a minimum of 1.5°C. These two instruments recognise that even if best efforts are exerted, a certain level of change is already “locked in” in the climate system, leading to an inevitable need for adaptation to new and sometimes unpredictable conditions.

The agreements also recognise that particularly vulnerable countries, such as small island developing states (SIDS), like Saint Lucia, bearing the brunt of the impacts of climate change, will require financial and technological assistance, along with human know-how, to adapt their economies and societies over the long-term.

The wealthier, developed nations have made monetary pledges amounting to US$100 billion per annum by 2020 as a means of helping to “foot the bill” for the action required to adapt to climate change in vulnerable developing countries. Given the level of devastation wrought by the recent hurricanes hitting the Caribbean, one could well ask if this financial commitment will be nearly enough.

Apart from helping to secure the necessary financial resources to adapt to the changing climate, how else does the international community help facilitate adaptation at the country level? The Paris Agreement established a global goal on adaptation to help countries build resilience to climate change into their economies and societies (to help them bounce back or recover).

To achieve this goal, a framework for vulnerable countries to communicate their adaptation priorities and support needs has been created and, through guidance, outreach initiatives and collaboration with international and regional agencies, the international community is helping vulnerable countries to devise long-term plans for adapting to forecasted climate change impacts.

National-level planning for adaptation to climate change has been identified as the critical first step in building resilient economies and societies. Saint Lucia has embarked on a process to develop a comprehensive National Adaptation Plan (NAP), which will be used as a means of identifying medium- and long-term climate change adaptation needs and developing and implementing strategies and actions to address those needs.

The NAP covers all significant economic sectors that may be impacted by climate change, including water, agriculture and fisheries, infrastructure and spatial planning; natural resource management, including coastal, marine, terrestrial biodiversity, formal education and health. In the meantime, practical action to adapt to climate change has already begun in Saint Lucia. Examples include supporting climate- resilient investment in the agriculture and water sector and working to reduce vulnerability to disasters.

Also, Saint Lucia will be sending a national team to the upcoming climate change talks (COP23) in Bonn, Germany, in November 2017.