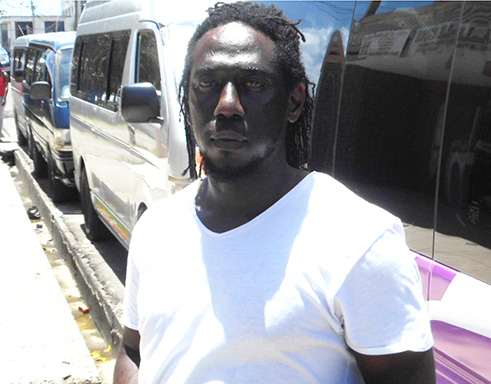 UP to press time, minibus operators of 4B in Vieux Fort North were awaiting word from the Chief Transport Officer, Linota Joseph, to decide whether they should strike again.

Last month, the minibus operators parked their buses for four days after the Transport Board had refused to allow them to implement their adjusted prices which, they say, were long overdue.

Their bus fares were adjusted in 2008 by the Transport Board, which admitted that it had made a mistake on their price list. However, the minibus operators have not been given permission to increase their bus fares.

After a meeting with Joseph a day after the strike, it was agreed that the Transport Board should be given 21 days to settle the matter, a timeframe which elapsed last week.

In an interview with this reporter, Sheldon Leriche, president of the 4B Minibus Drivers Association, said that Joseph had informed him that the matter was now in the hands of Cabinet which has to approve the adjustment.

Leriche said some members of his association have ran out of patience and want to see something done immediately to have the matter resolved.

“Some of our members are agitating for more protest action,” Leriche said, adding that he had to appeal to them to have some patience.

“I have been asking them to hold on,” he said.

According to Leriche, the association will surely take protest action if the response from Joseph later this week is not a positive one.

“If we are not allowed to charge the adjusted prices, we will protest again. We have no choice,” Leriche said.

“We are at a disadvantage compared to other routes in the south,” Leriche lamented.

He said if they are forced to take protest action again, this time they will be getting support from other minibus associations in the south, adding that some minibus operators are suggesting they take legal advice on the matter.

Joseph could not be reached for comments on the matter.