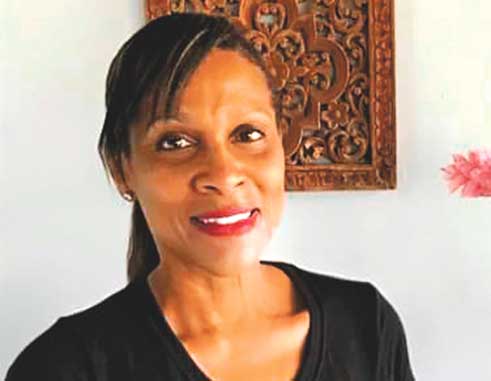 When life has dealt you a rough hand, what do you do? Do you mope or do you stand up, shake it off and not only move on, but use that rough hand to be a better, stronger and more positive person?

Today’s WOTW showed life that she is no weakling, neither is she a coward, and went right ahead and became the true SuperShero that she is.

Marva Eugene is St. Lucia-born with a Jamaican father and St. Lucian mother. She migrated to Jamaica when she was two due to health issues, returning to the land of her birth in her early twenties, where she went on to become one of the pioneers of the spas at the Sandals chain.

Today, she is the proud owner of her very own spa in Rodney Bay, AHAVA.

Regarding her personality, Eugene said the pillar that she is was constructed on a strong and well-balanced upbringing, which enabled her to have the strength she needed growing up in a cruel world.

She said: “I’m the product of parents who instilled discipline, good manners and, of course, respect for others. But there were also people who were extremely fun-loving and extremely supportive. I have a very supportive network.”

Having contracted polio as a baby, Eugene was forced to learn the ugly side of humanity from very early. “Growing up, adults and children can be brutal and cruel. I have one leg that’s actually smaller than the other and, of course, my limp. I walk differently, so I was somewhat — I don’t like to use the word – handicapped, because I’m definitely not handicapped. But it kind of had its limitations. So what happened was I encountered some type of bullying and people, of course, not understanding and being very insensitive.”

Despite that not being enough to break down even Goliath, Eugene was not the one to let this discourage her. In fact, she said: “What that did was it pushed me and it made me who I am today because I really and truly am extremely strong — super strong — and it made me also very aware of how people can be affected by what you say and how you are towards them.”

She continued: “I’m very conversant and always try to word everything to make sure that people are treated with respect, treated kindly and that they don’t feel bad in situations. I also try to explain a lot of stuff so that everybody is on the same page and that they get it with no miscommunications.”

However, one would be in for a shock if ever they tried to mistake her empathetic nature for her being a softy.

Eugene’s life journey has taught her that there is no trial that one cannot power through and so there is no time for whimpering and excuses.

She said: “I don’t suffer fools gladly, meaning, because of what I had to go through, and the struggles associated with lots of operations with my leg, and just life, in general, I just don’t have time for people who whine and people who are like victims. To me, you have to get up, put one foot in front of the other and just keep it moving. Yes, life is like that: it will knock you down, but dust yourself off, put your big people panties on and just keep it moving.”

She said it is fairly common nature for her to rub some people the wrong way, as she may appear to be abrasive and over-confident at times. However, she said what you see is what you get and although she will choose her words wisely, she will be vocal nonetheless.

Eugene said that after being in the spa business for over 25 years, and giving the best experiences to foreigners, she felt the need to bring that same magical and personal experience to locals through her own spa.

AHAVA means “love” in Hebrew and Eugene is being literal in every sense, bringing nothing but love to all her clients.

She has taken it one step further, however, pledging to provide complimentary services on a monthly basis to at least two lucky people deserving of a moment of pure rest and relaxation.

When asked why she felt the need to do this, she said: “Looking back at my life and what I’ve been through, I recognised that it is just something that everybody should be doing. We have a responsibility to make sure that we treat each other with respect and, of course, to ensure that we have a better society, a more loving society.”

She continued: “It’s much more than just love as we know it in English. It embodies the concept of selflessly giving up oneself to another. So because of what I’ve gone through and because of what is lacking, I think I would like to be able to give back to others and I’m going to use the spa in order to do this.”

As if she couldn’t be any cooler in my books, she went and blew me away with her secret.

“I absolutely love hip hop music. I’m talking old school and, yes, even the modern hip hop. My friends will see me jamming to my hip hop and they are always so surprised but, yeah, I love it.”

She said she also loves dancehall because of her Jamaican upbringing. As for soca, she said: “Well, that one is a given!”