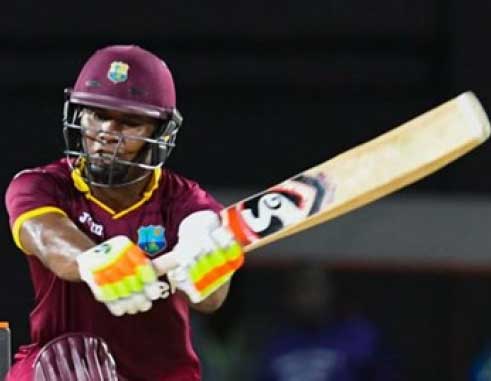 NOT since 1933 have West Indies lost as many wickets in one day as they did against England on day three to surrender the first Investec Test by a mammoth innings and 209 runs.

There have been many lows in West Indies cricket since the legends all retired but losing 19 wickets for 261 runs in 76.4 overs of one day charted new territory. The fear will be that with two more Tests to play over the next three weeks things could become even worse with the gulf between these two sides as wide as it ever was in reverse during the Blackwashes of the 1980s. The new definition of optimism is anyone who has bought a ticket for the fourth day of either final two Tests.

The big question is: Where does West Indies’ collapse at Edgbaston rank in their heaviest Test defeats?

West Indies have suffered only five heavier defeats than their innings and 209-run shellacking by England in the day-night Test at Edgbaston.

West Indies lost 19 wickets on the third day at Edgbaston. Has any team ever lost all 20 on the same day?

There have been three instances of a team losing all 20 wickets on the same day of a Test match. India subsided twice against England at Old Trafford in 1952 while Zimbabwe collapsed against New Zealand in Harare in August 2005 and again in Napier in 2011-12.

There have also been three previous occasions when a team lost 19 wickets in a single day’s play, all of them inflicted by England: against South Africa in Cape Town in 1888-89 and again at Old Trafford in 1912 and against Zimbabwe at Lord’s in 2003.

West Indies’ previous worst day came at The Oval in 1933, when they lost 18 wickets, 11 of them to the Kent legspinner Charles “Father” Marriott, who was playing in his only Test. (Getty/Cricinfo)